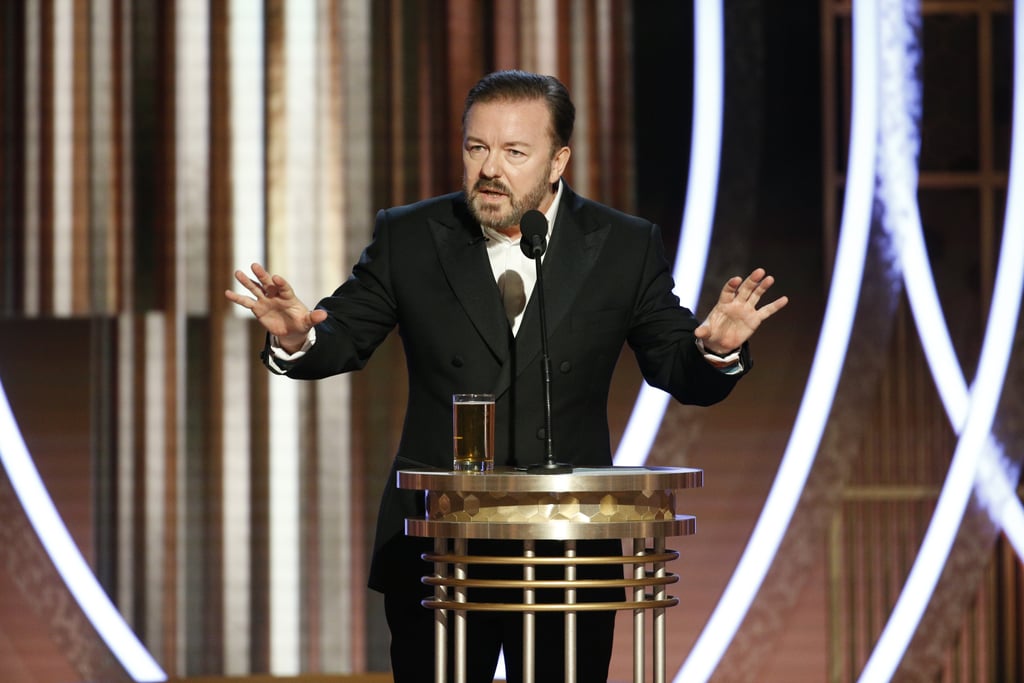 Ricky Gervais's monologue to open Sunday night's Golden Globes was, as expected, sharp edged and controversial. Taking aim at some of the biggest names in the room (looking at you, Leo!), as well as some of the cliches of award shows and acceptance speeches, Ricky took it a step further with jokes about celebrity activism and controversial current events as well. The response from the room, understandably, was pretty mixed, resulting in a whole lot of GIF-able reactions from celebs! Ahead, you can see some of the best reactions to Ricky's opening monologue, including one Tom Hanks expression that will have already become a Twitter meme by the time you finish reading this article.

Balmain
You Must See Rina Sawayama's BRIT Awards Dress From All Angles, but Especially From Behind
by Victoria Messina 5 days ago