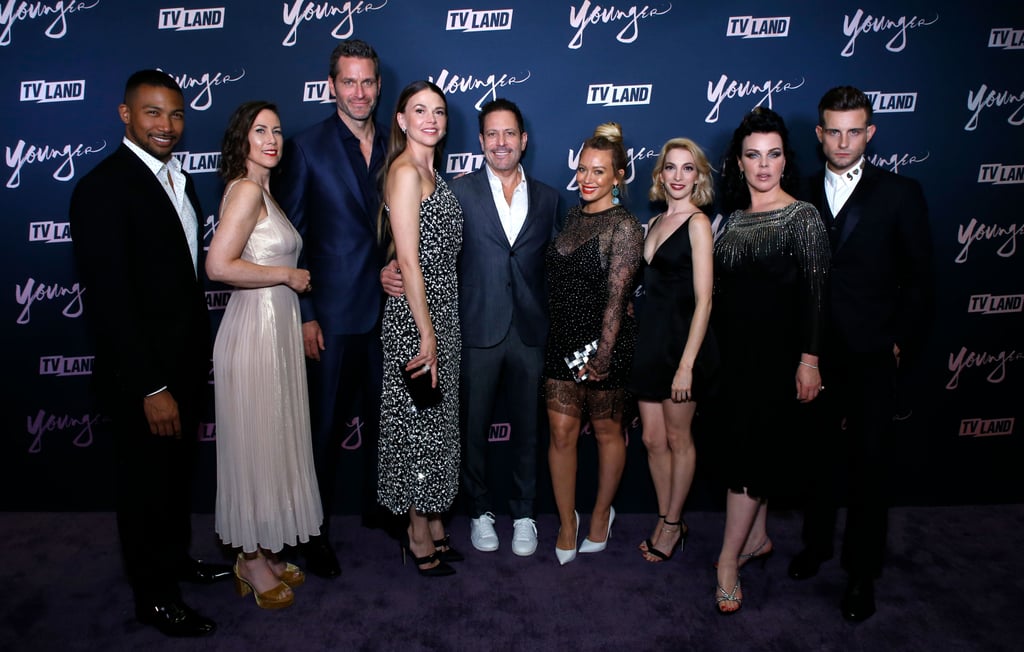 The cast of Younger certainly had a fun-filled night on Monday. Ahead of season five, the actors and actresses joined together for the show's premiere party in Brooklyn. Aside from looking absolutely stunning as they posed for the cameras, the cast shared a few sweet moments as they caught up on the red carpet. Sutton Foster and Hilary Duff looked like two best gal pals, while Molly Bernard and Nico Tortorella (who recently tied the knot with Bethany C. Meyers) showed some playful PDA.

As if their outing wasn't enough to make you excited for the upcoming season, the cast announced during the premiere party that they will be back for even more episodes! The series has officially been picked up for season six. Here's to even more sweet appearances like these in the future. See more photos from their big night ahead.

SAG Awards
Here Are All the Winners of the 2020 SAG Awards!
by Mekishana Pierre 1 hour ago

Netflix
Finn Wolfhard Is as Excited as We Are About Stranger Things Season 4: "It Feels Like Home"
by Brea Cubit 21 hours ago