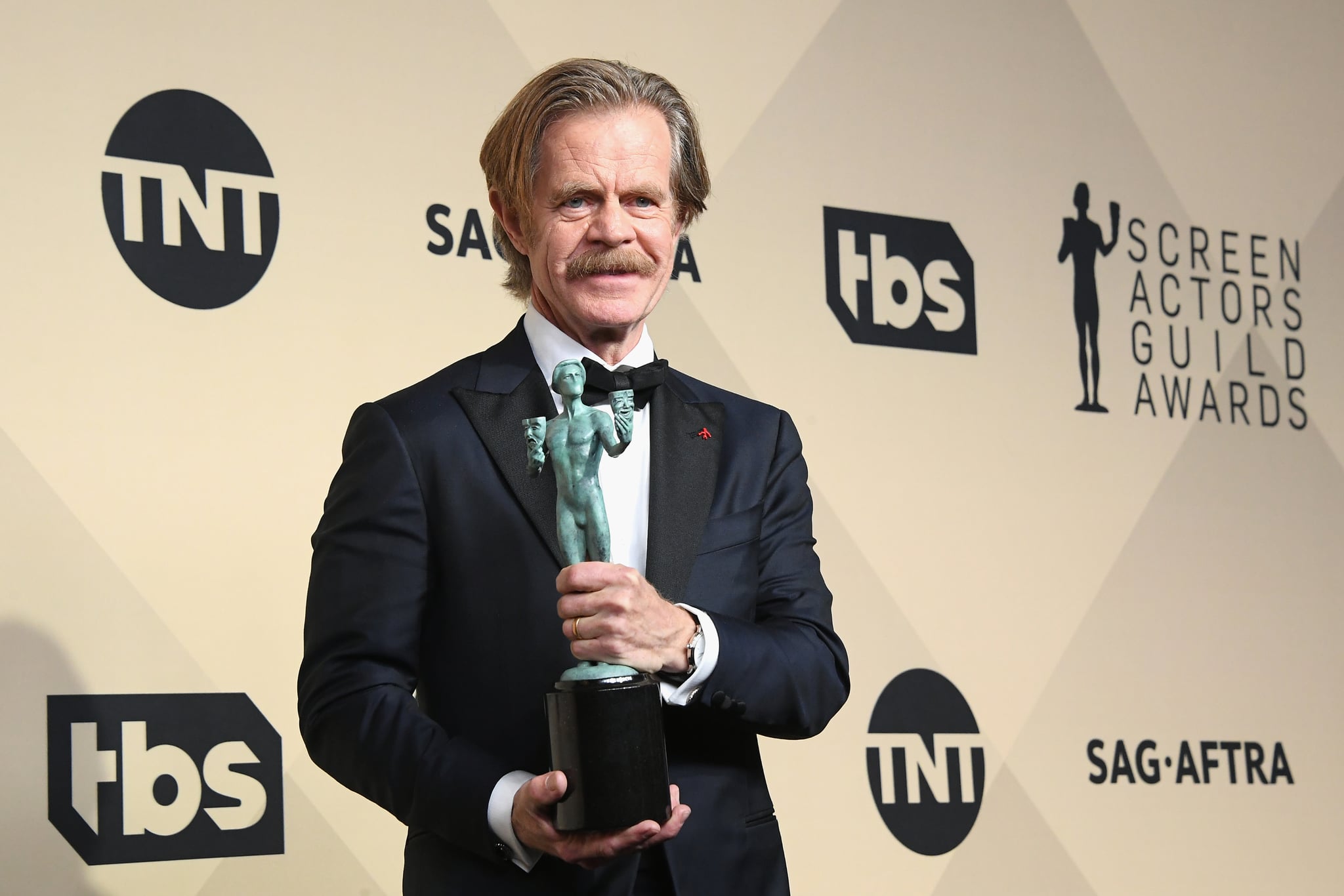 William H. Macy has landed in hot water after making some poorly worded comments about the Time's Up initiative. During Sunday night's SAG Awards in LA, William went backstage to the press room to talk about his win for best comedy TV actor in Showtime's Shameless. I was in the press room at the time of the interview. One member of the press asked William to weigh in on the Time's Up initiative, through the lens of men. Specifically, did he have any thoughts on how men could support the movement and better protect their female peers?

His flustered reply was a bit long-winded, and while it seems he had good intentions, he still offered a pretty perplexing answer. "We've got to be free to speak the unspeakable and try things. So, I hope [the Time's Up movement] doesn't throw a wet blanket on things," he said. "And I don't think it will, because half the business is women. And they're smart, and they're hip. I have two daughters. I feel girls are ascendant, and I'm thrilled for them. It's a good time to be a girl."

William H. Macy: "The World Would Be a Better Place If Women Ran It"

"I'm proud of this business, because such things as safety in the workplace, that's done. We're not going back," William continued. "It changed in an instant, and it's not going back. When it comes to equality in pay, it's inevitable, and it's going to happen quickly." It's worth noting that William threw his support behind Shameless costar Emmy Rossum when it came to salary and contract negotiations in 2016.

"It's hard to be a man these days. I think a lot of us feel like we're under attack."

Ultimately, it was William's final thoughts that rubbed people the wrong way. "It's hard to be a man these days. I think a lot of us feel like we're under attack, and like we need to apologize," he said. "And perhaps we do, and perhaps we are. But we'll keep talking. And to repeat, I'm blessed that I'm in this business. We had a meeting; a bunch of guys got together under the auspices of Time's Up. And that's good for men. Men don't talk enough. Men don't talk to other men. And we talked. What the hell, a little bit can't hurt you." A few negative reactions to William's statements about the man's struggle in Hollywood have already bubbled up on the internet. Most notably, Amber Tamblyn fired back on Twitter, saying, "It's hard to be a woman all days, William."

Were William's remarks a bit near-sighted? Yes. He clearly seems to be an ally, and he wore a Time's Up pin and dressed in all black at the Golden Globes as a mark of solidarity. But it's important for these male allies to be educated and to really get a grip on how pervasive and far-reaching sexual harassment against women in Hollywood is. The Time's Up movement is a continual process of uncovering monsters and making progress toward a safer industry. Everyone needs to get on board, educate themselves, and work hard to facilitate that growth.

Prince Harry
Prince Harry Calls For Unity Amid COVID-19: "When Any Suffer, We All Suffer"
by Kelsie Gibson 6 days ago