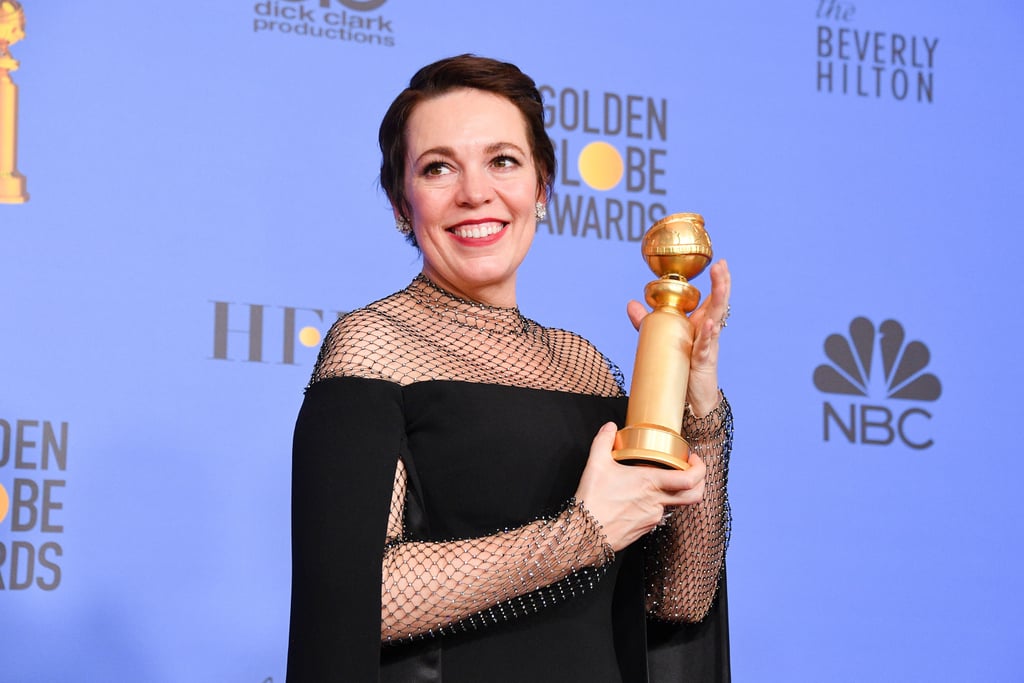 Whether you're making a comedy or drama, TV show or movie, adding Olivia Colman always makes it better. The British actresss has played everything from the casually cruel godmother in Fleabag to a down-to-earth police officer in Broadchurch. Her international stardom rightly grew when she was cast opposite Tom Hiddleston in the 2016 limited series The Night Manager, for which she won a Golden Globe, and now she's enjoying even more success thanks to a couple of real-life queens. She previously won her second Golden Globe (and an Oscar nod) for her portrayal 18th century monarch Queen Anne in new movie The Favourite, plus she took over as Queen Elizabeth II in season three of Netflix's global phenomenon The Crown. Whether you've tracked Colman's career for decades or have only the vaguest idea who she is, read on to find out more about this brilliantly versatile performer.

Celebrity Couples
Which Celebrities Have Been Engaged the Most Times? Here Are the Top Contenders
by Corinne Sullivan 4 days ago