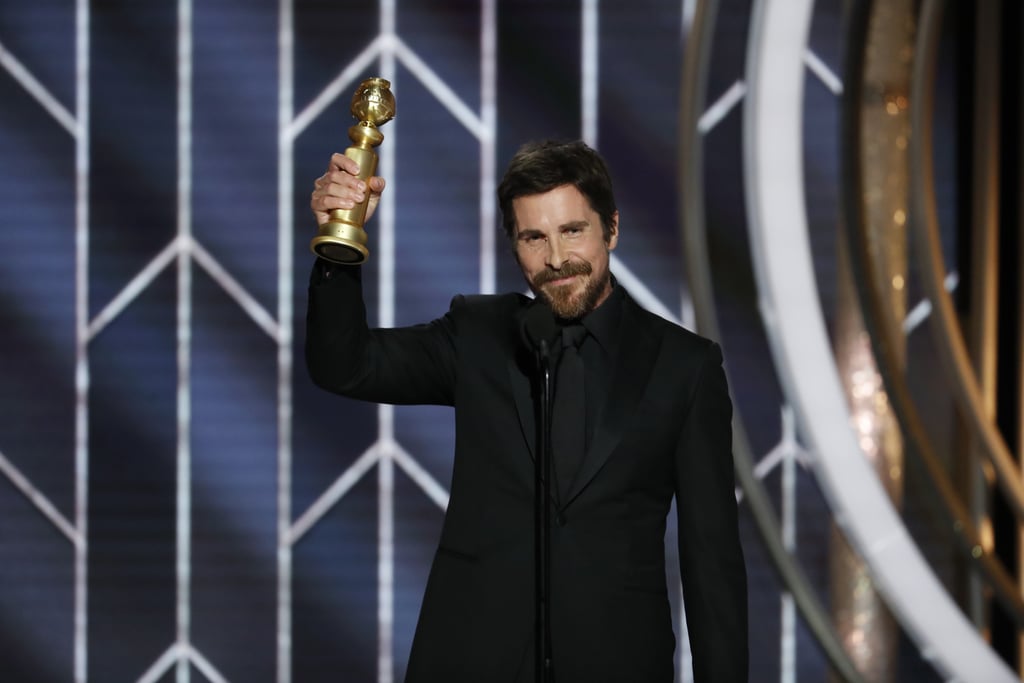 Christian Bale at the 2019 Golden Globes

Christian Bale's rollicking, expletive-filled speech wasn't the only thing that surprised viewers of the 2019 Golden Globes. At it turns out, a whole lot of people didn't realize the Vice actor, who won the award for best performance by an actor in a musical or comedy film, spoke like that. So, we're here to dispel any lingering confusion and confirm that he does in fact speak like that because he's Welsh — well, technically.

Christian was born in Haverfordwest, a quaint town in Pembrokeshire, Wales, in 1974. His parents, however, are both English, and he spent a good amount of his adolescence in Surrey and Dorset in England. For that reason, Christian has insisted on a number of occasions that he considers himself more English than Welsh. While he's clearly mastered the American accent after memorable roles in American Psycho, The Dark Knight, and The Big Short, you have to chalk it up to good acting.

Celebrity Couples
Which Celebrities Have Been Engaged the Most Times? Here Are the Top Contenders
by Corinne Sullivan 1 day ago

Celebrity Facts
Corey Hawkins's Role in In the Heights Was Meant to Be, and 5 Other Facts About the Star
by Kelsie Gibson 1 week ago

Michael Phelps
Here's Who Michael Phelps Dated Before His Wife, Nicole Johnson, Stole His Heart
by Corinne Sullivan 1 week ago