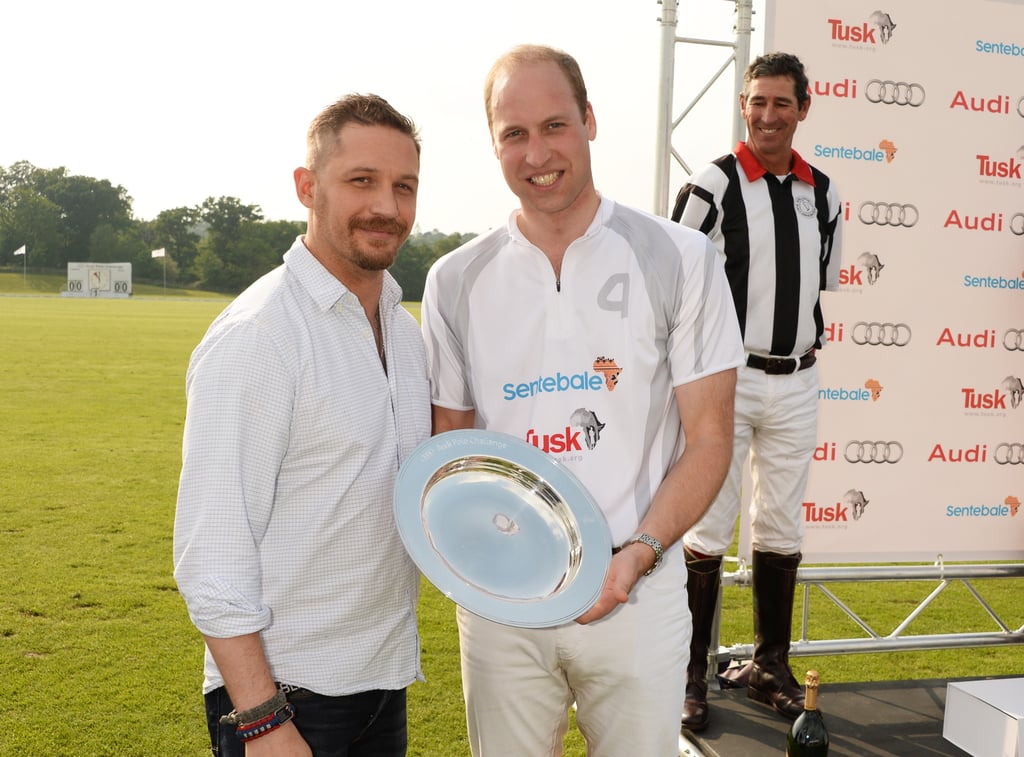 Tom Hardy Is Basically a Member of the Royal Family, and These Pictures Prove It

Actor Tom Hardy isn't just sexy — he's also basically British royalty. You may already know that Tom and Prince Harry have been buds for years, as they have been spotted hanging out at everything from polo matches to movie premieres. However, the actor is also tight with Harry's dad, as Tom is an ambassador for The Prince's Trust, which was founded by Prince Charles. It seems that even the queen loves him, since Tom was awarded a Commander of the British Empire for services to drama in the Queen's Birthday Honour List for 2018. Need more proof? Check out the gallery for pics of Tom hanging out with his royal posse over the years.

Related:
A Reason to Get Excited About Christmas Yet to Come: Tom Hardy's Starring in A Christmas Carol
0
previous images
-21
more images
Previous Next Start Slideshow
The RoyalsTom HardyThe British Royals
Around The Web

Prince Harry
Prince Harry's Invictus Games Are Headed to Germany in 2022 — Get All the Details!
by Monica Sisavat 2 days ago