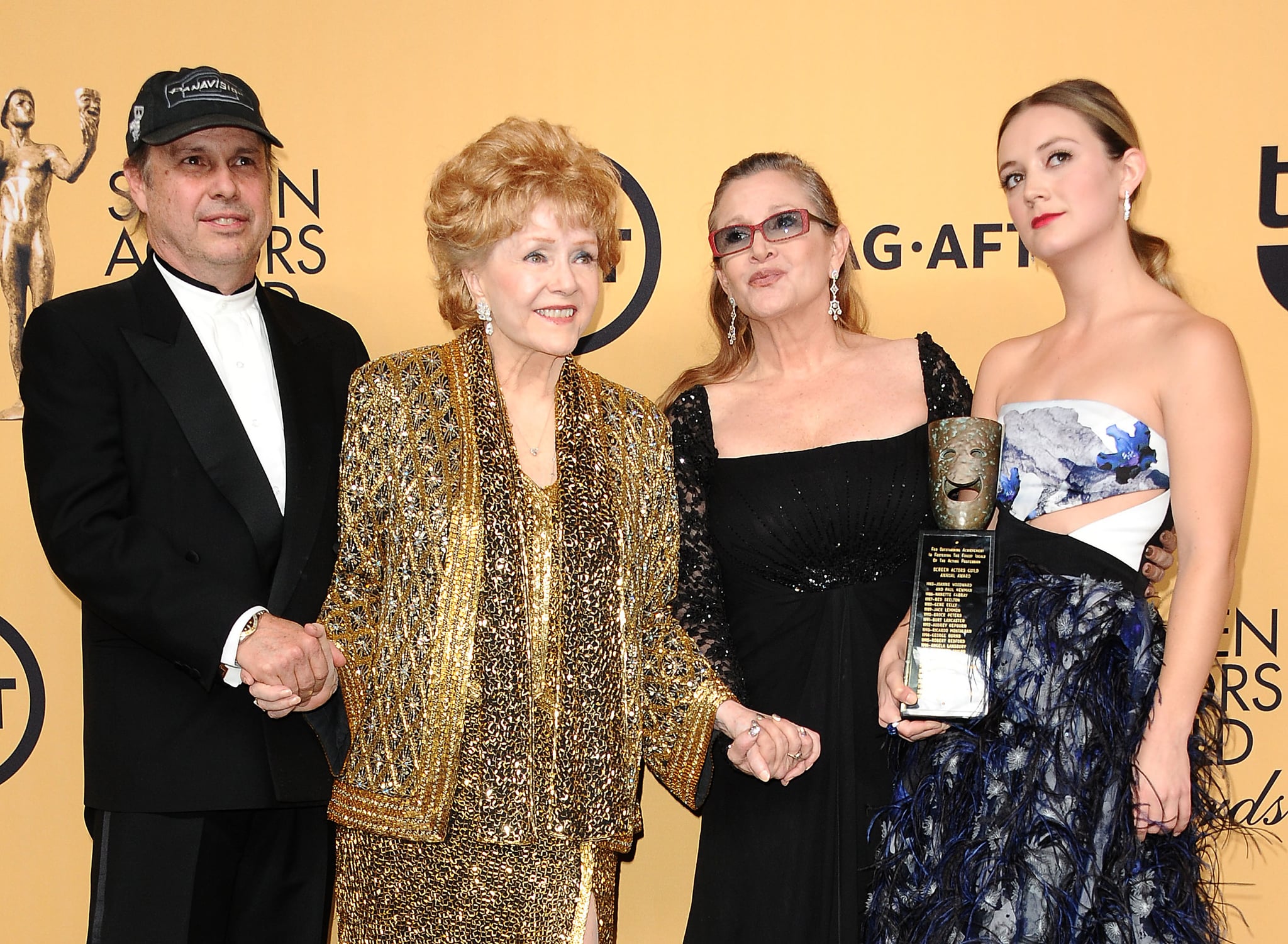 A public memorial for the late Carrie Fisher and Debbie Reynolds was held at Forest Lawn Cemetery in LA on Saturday. Fans, friends, and family all gathered at the celebration organized by Debbie's son, Todd Fisher, three months after they tragically passed away within a day of each other. During the ceremony, Todd spoke to the audience about Debbie's heartbreak following the Star Wars actress's death. "When Carrie died, my mother decided to change her plans a bit. My mother always said to me, 'I never want to go to my daughter's funeral service. I would like to be buried with Carrie.' I didn't know she was going to leave us that very next day and when she looked at me to ask permission to leave, she said she wanted to be with Carrie, and she closed her eyes and went to sleep. It was a beautiful exit," he said. The memorial included an original tribute song written by James Blunt, who was extremely close to Carrie, and an appearance by Star Wars's R2-D2.

Carrie suffered a heart attack while on a flight from London to LAX in December, and her mother died only one day later after having a stroke in LA at the age of 84. Carrie's 24-year-old daughter, Billie Lourd, reportedly did not attend the service because it was "too soon."

Celebrity Quotes
In Case You Were Curious, Karamo Brown and Christine Quinn's Friendship Began on Instagram
by Monica Sisavat 8 hours ago

Netflix
Netflix Hasn't Renewed Selling Sunset For Season 4 Yet, but the Cast Members Seem Hopeful
by Brea Cubit 3 days ago