Teyana Taylor has been all over our radar since she starred in Kanye West's Flashdance-esque "Fade" music video, but now she's grabbing headlines for her supersexy spread in Paper magazine's "Living For Fashion" October issue. In the steamy snaps, Teyana poses completely naked and puts her curvaceous, superfit body on display once again, all while doused in baby oil. Her daughter, Iman Tayla Shumpert Jr., even makes an appearance, wearing a red head wrap from her baby head wrap line. Given Teyana's ridiculously insane body, we wouldn't be surprised if her photo shoot ignited another round of jealous tweets.

Simone Biles
This Picture of Simone Biles's Red, White, and Blue Floor-Length Braid Deserves to Be Framed
by Jessica Harrington 1 day ago

Katy Perry
Katy Perry's Perspective on No Makeup Deserves an Applause: "I'm Good. I Know Who I Am."
by Perri Konecky 2 weeks ago 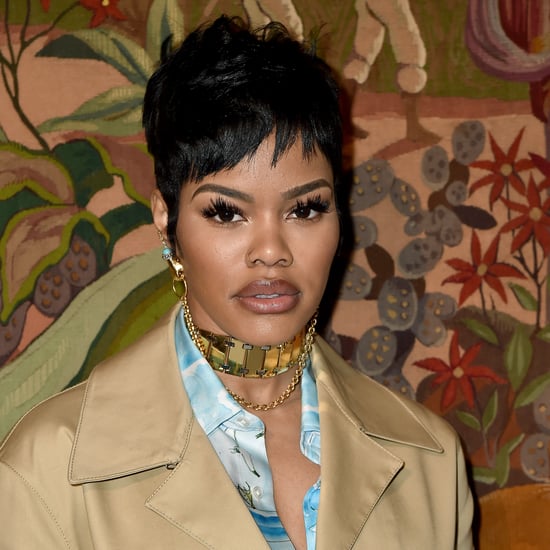 Teyana Taylor
Teyana Taylor on the Beauty Lessons She Wants to Pass On: "Makeup Can't Define You"
by Danielle Jackson 3/31 Cosmopolitan
Saweetie Wants to Be a Role Model For Young Black Girls: "If I Can Do It, You Can Do It Too"
by Grayson Gilcrease 3/23