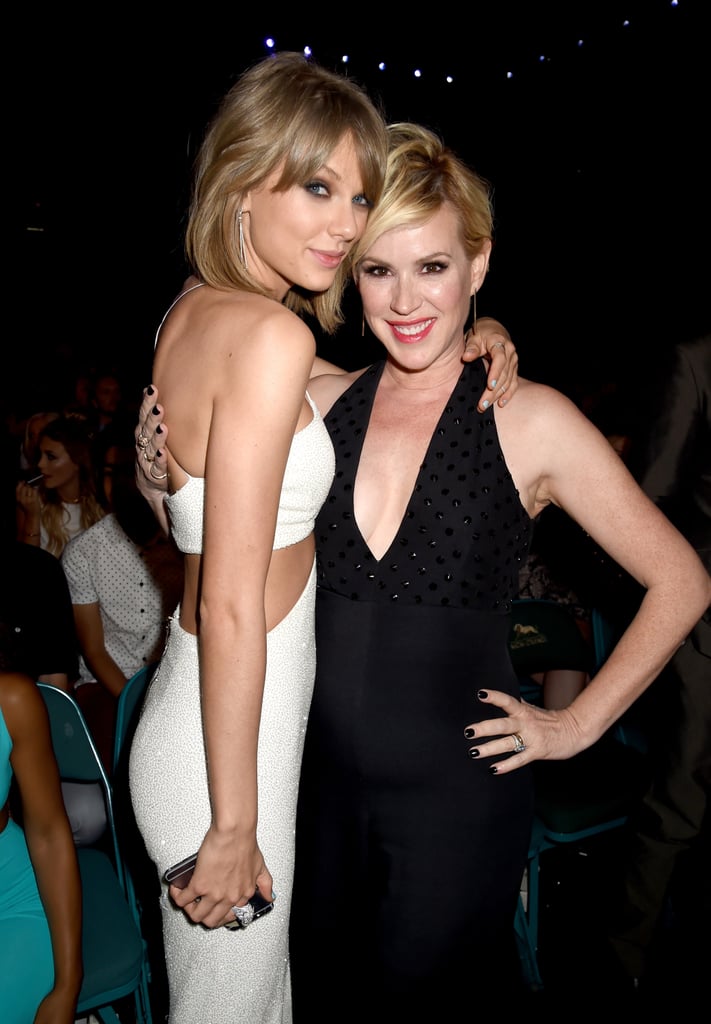 Taylor Swift and Molly Ringwald are most definitely going to bake cookies together in the near future. The two hit it off at the Billboard Music Awards in Las Vegas on Sunday after Molly introduced Simple Minds's performance of the 1985 Breakfast Club theme song "Don't You (Forget About Me)." The performance was in celebration of the film's 30th anniversary, and cameras caught Molly and Taylor adorably jamming out together in the audience. Taylor then whipped out her phone and the two appeared to exchange numbers. And if a friendship happens to blossom, Molly will be the latest star to join Taylor's famous entourage. She showcased her endless amount of recognizable girlfriends when she premiered the music video for her hit "Bad Blood" at the beginning of the award show, which included cameos by Lena Dunham, Gigi Hadid, and Hailee Steinfeld. Keep reading to see more photos of the pair's cute exchange, then check out all the stars who hit the red carpet on Sunday.

Oscars
In the Name of Moira Rose, Laura Dern's Feathery Black and White Oscars Gown Was Opulent
by Chanel Vargas 1 week ago