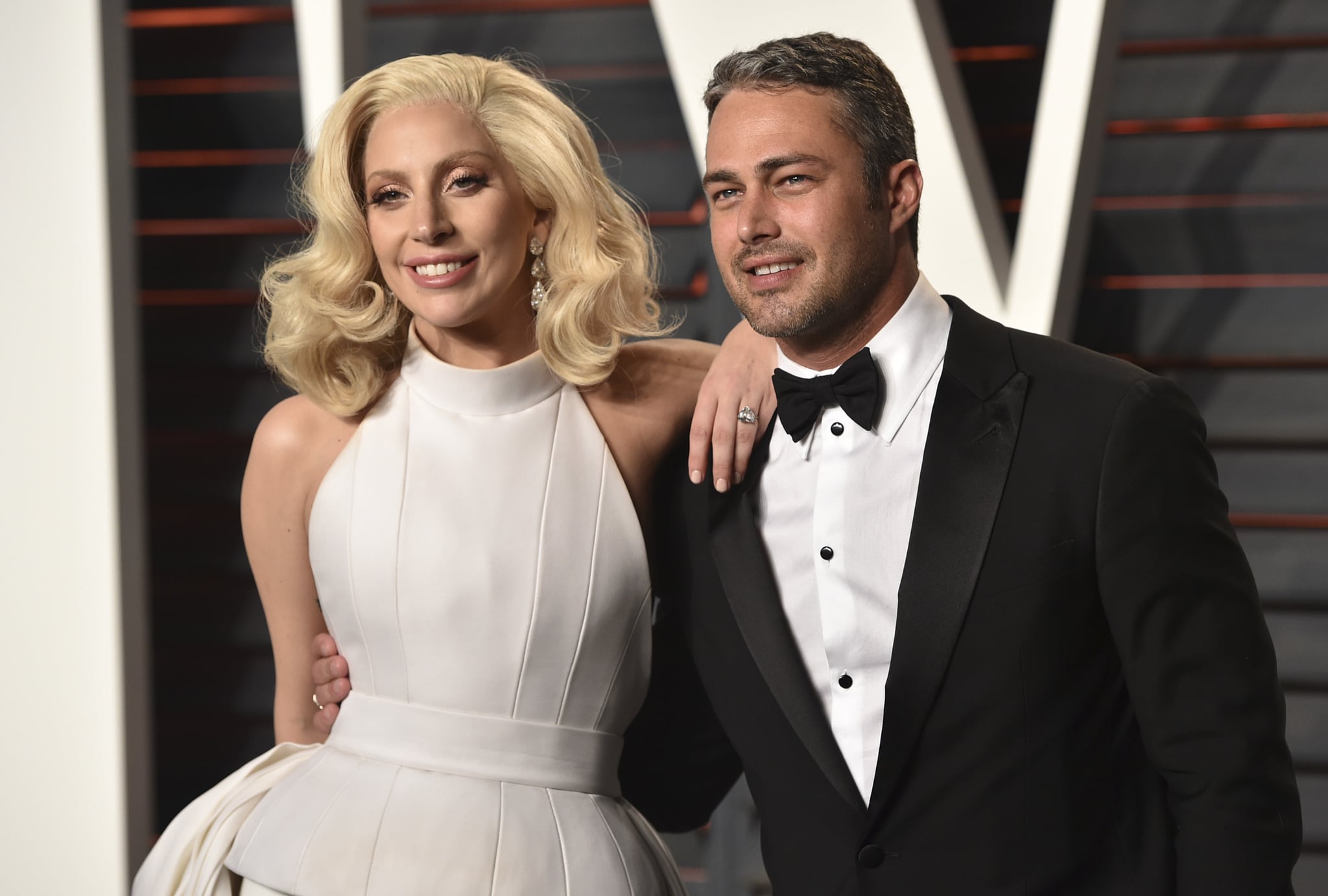 Taylor Kinney and Lady Gaga might not be a couple anymore, but they are definitely still there for each other. "The Cure" singer, who is currently on her Joanne world tour, performed at Wrigley Field in Chicago, IL, on Friday night, the same city where her ex films his hit show, Chicago Fire. And instead of avoiding Gaga's show like some exes would do, Taylor went to show his support. Several fans snapped cute photos with the actor and also captured a moment of him watching Gaga from the audience.

Since calling off their engagement in July 2016 after five years together, the two have both been vocal about the close bond they'll always share. In addition to Taylor still hanging out with Gaga's mom and attending her Super Bowl halftime show in February, the singer told Howard Stern: "I'm actually very close to Taylor. He's been my lover and my friend for a really long time. We love each other, that's it. It's just about life changes and we all go through different stages and we're focused on different things." Gaga was most recently linked to her agent, Christian Carino, but we have a feeling you can never say never with Gaga and Taylor.

When you casually walk past Taylor Kinney after the Lady Gaga concert pic.twitter.com/pGmTLcpdZ2

He went backstage with his squad after the show. Y'all, please get back together. My otp.

Lady Gaga
I Tried the Haus Labs Hybrid Lip Oil Stain: It's More Moisturizing Than My Lip Balms
by Anvita Reddy 2 days ago