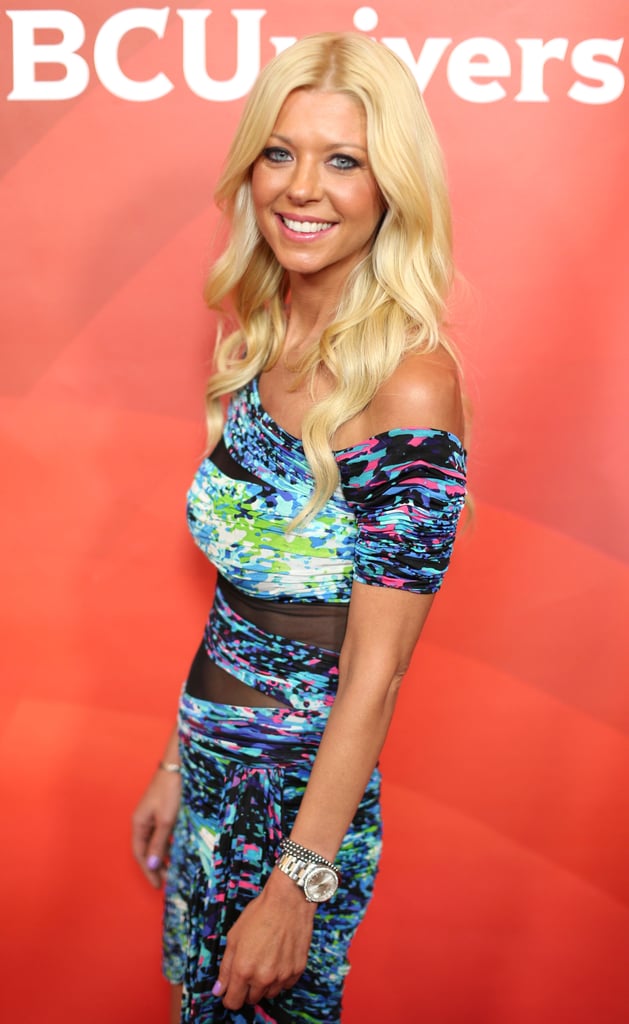 Tara Reid looked like she was in her element when she attended NBCUniversal's Upfront presentation in LA on Monday to promote the sequel to her buzzed-about TV movie Sharknado. The actress's appearance has been unfairly joked about over the years, and in 2008, she revealed that her changed appearance had to do with some botched plastic surgery she got when she was younger. Tara said, "Would I be naked in front of a random person? No. Would I do the cover of Playboy? No. But my boyfriend thinks I'm sexy, and that's all I care about." Back in June, her former American Pie costar Jason Biggs made disparaging remarks about Tara's body during an appearance on Joan Rivers's web series, In Bed With Joan. After saying he would rather save Lindsay Lohan over Tara in a life-or-death situation because Lindsay has "nice boobs," he said that "no one knows what's going on with Tara's body." She's looking pretty good to us, Jason!

Beauty News
The Hair, Makeup, and Nails at the MTV Awards Were Just as Extra as the Show Itself
by Jessica Harrington 19 hours ago

Chase Stokes
Someone Pass the Windex, 'Cause Chase Stokes in a Sheer Fendi Top Is Fogging Up Our Screens
by Victoria Messina 19 hours ago