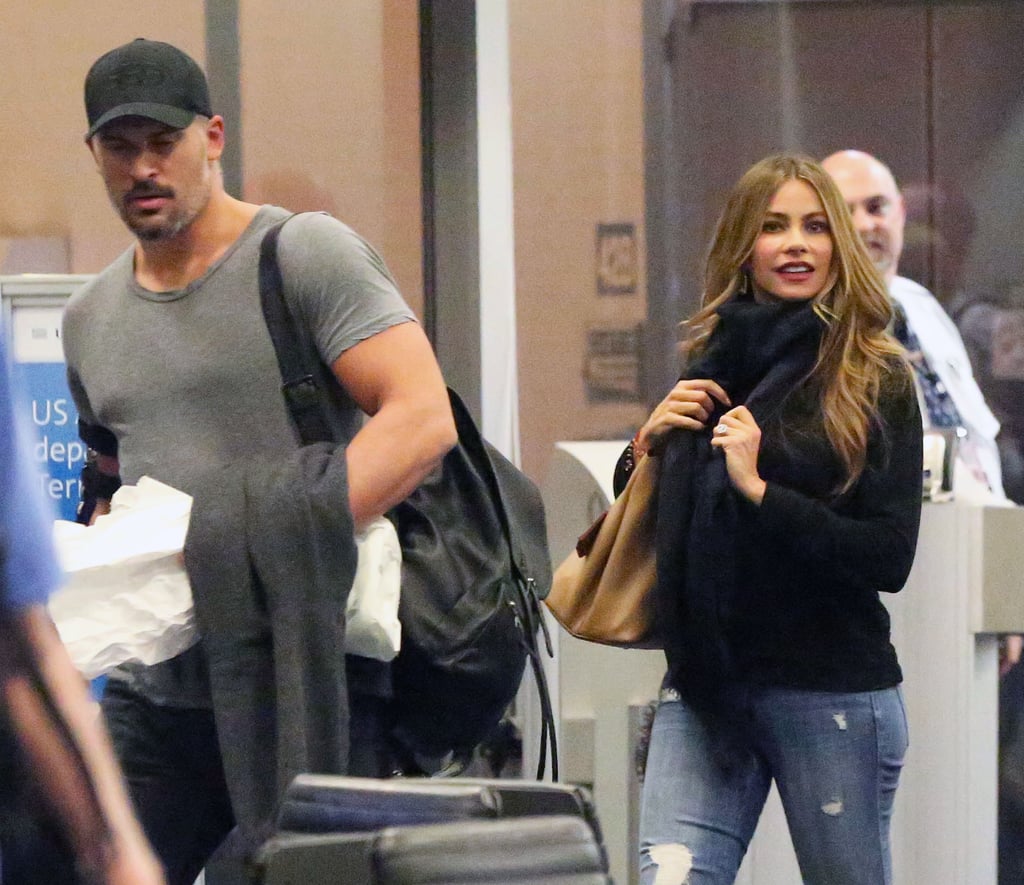 Sofia Vergara flashed her massive engagement ring when she and new fiancé Joe Manganiello touched down in LA on Monday. Joe, who is still recovering from a Magic Mike XXL injury, popped the question to Sofia during a family vacation in Hawaii. The hunky star reportedly proposed on Christmas Day in front of Sofia's friends and family. A few days later, on Dec. 28, the couple celebrated Joe's 38th birthday in paradise, although neither hinted about their new relationship status on social media. The couple has been dating since July and first met at the White House Correspondents' Dinner earlier this year.

Keke Palmer
So, Does This Mean Keke Palmer and Styn Are Official Official Now?
by Monica Sisavat 5 days ago