Selena Gomez showed off her sexy side at Flaunt magazine's November issue party in LA on Thursday, sporting a body-hugging black dress with a low neckline. For this month's issue, Amanda de Cadenet snapped sexy photos of Selena wearing lingerie and a short black wig, and the starlet opened up about fame, feminism, and future plans. On why she stays private, she says it's because otherwise she'd have nothing to herself: "There's nothing left for me, and there's nothing left for my friends, and there's nothing left for my family." She also said she's at peace with some of her mistakes, saying, "I do think you do you have to make your own mistakes, and they make you who you are."

As the magazine's current cover girl, Selena picked a vampy look for the glam night out — just weeks after the singer told fans that she's always hearing how she's "not sexy enough." Also joining Selena at the launch party were new dad Emile Hirsch, Lily Collins, Chord Overstreet, and more. See all the stars who stepped out for the event! 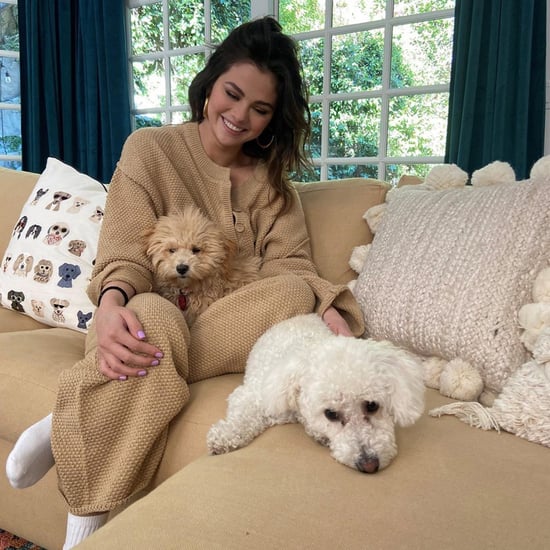 Oscars
Reese Witherspoon Thinks About Her 2006 Oscars Dress a Lot, and I Mean, How Could She Not?
by Yerin Kim 5 days ago

Selena Gomez
Selena Gomez Finally Confirmed When Rare Beauty Launches, and the Wait Is Almost Over
by Jessica Harrington 1 week ago