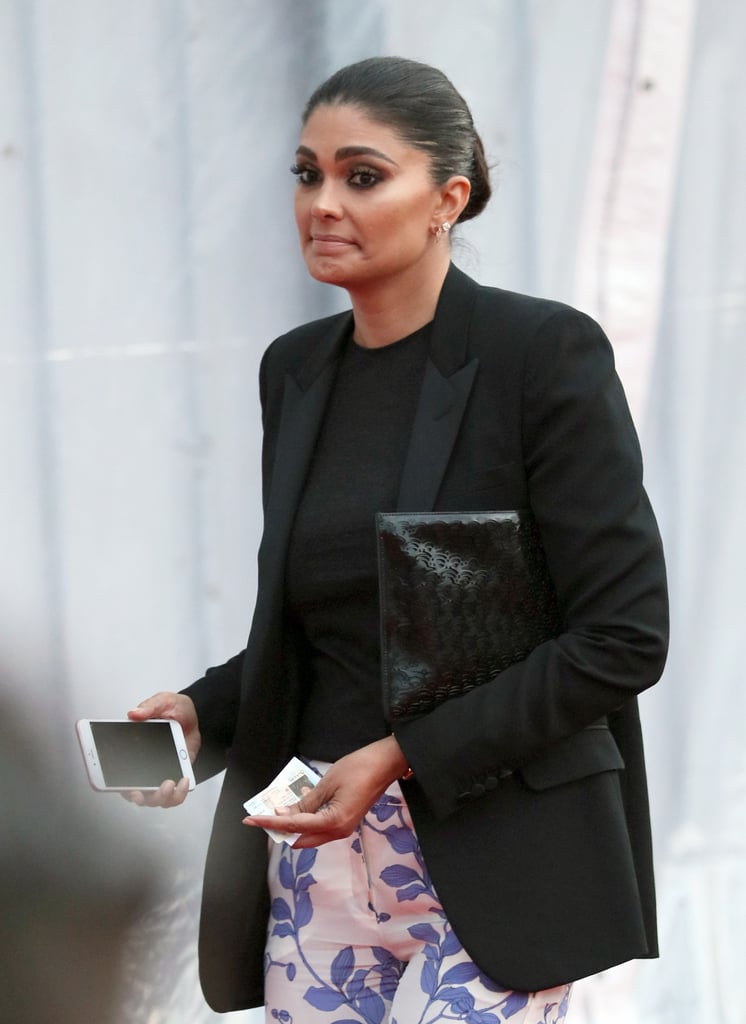 It looks like Rachel Roy is taking a page out of Beyoncé's book by making lemonade out of lemons. After receiving a ton of slack for reportedly being "Becky with the good hair" from Beyoncé's song "Sorry," the fashion designer made one of her first official appearances since Lemonade dropped at a charity event in LA on Thursday. While she appeared cool and collected as she chatted on her cell phone, she did, in fact, opt to conceal her hair by putting it up in a bun.

The drama first started when she alluded to being Jay Z's other woman in a controversial snap on Instagram. Even though she has since made a public statement deflating those rumors, that hasn't stopped the BeyHive from attacking her on social media with numerous lemon and bee emoji. See more pictures from her latest appearance ahead, and then check out the full rundown on that infamous lyric.

Previous Next Start Slideshow
Beyoncé KnowlesRachel Roy
Around The Web

Beyoncé Knowles
This Little Girl Has Mastered Beyoncé's "My Power" Dance From Black Is King, and Just Wow
by Murphy Moroney 21 hours ago

Beyoncé Knowles
10 Times Beyoncé Pulled Up For the Black Community, Even Before Black Is King
by Natasha Marsh 1 day ago

Beyoncé Knowles
From Blue Ivy to Wizkid, See All the Artists Featured on Beyoncé's Black Is King Visual Album
by Chanel Vargas 2 days ago