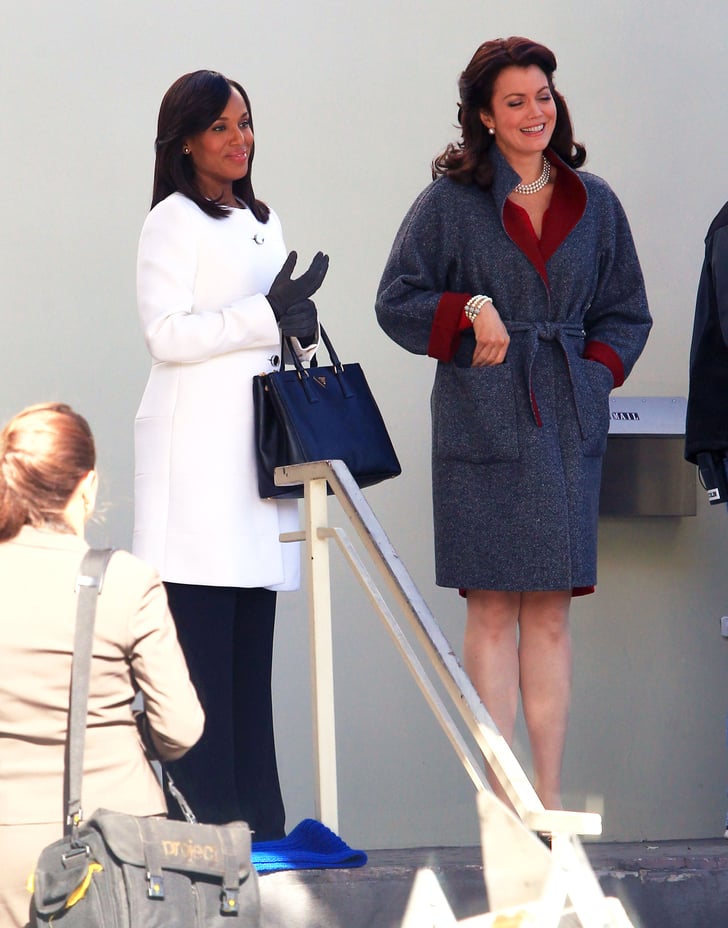 Kerry Washington covered up her growing baby bump with one of Olivia Pope's famed white coats when she filmed scenes for Scandal in LA on Monday. The actress smiled and chatted with crew members as she shot a scene with costar Bellamy Young, who plays the first lady, Mellie Grant, on the show. While the two characters have an iffy relationship on the show, it appeared that they were at least having a cheerful chat in the scenes they filmed on Monday.

Rumors popped up that Kerry was pregnant back in October, but she has refused to confirm or deny the reports. The actress is notoriously private about her personal life — she secretly got married in June to San Francisco 49er Nnamdi Asomugha but hasn't really discussed their relationship, only telling Lucky magazine back in November that she keeps her wedding ring on a necklace while filming so that the token is always close to her heart.

Keep reading for more photos from Kerry's time on set.

Celebrity Fitness
"Let's Get Registered!" Jane Fonda and Friends Get Out the Vote in an '80s-Style Workout Video
by Maggie Ryan 3 weeks ago