The Mann Chinese Theater in LA was hopping with celebrities last night in attendance for three big Jerry Bruckheimer events. The afternoon kicked off with Jerry's Hollywood Walk of Fame dedication followed by the Prince of Persia premiere while his films Armageddon, Pirates of the Caribbean, and National Treasure simultaneously screened. Orlando Bloom spoke to the audience at the Pirates screening while Justin Bartha and Jon Voight shared their experiences with the National Treasure franchise. Stars from the present and past mingled during the events — Prince of Persia star Jake Gyllenhaal even posed with Top Gun legend Tom Cruise. The fun continued into the night when the party moved to the Hollywood & Highland Ballroom, where Jake hopefully showed off some of those famous dance moves. 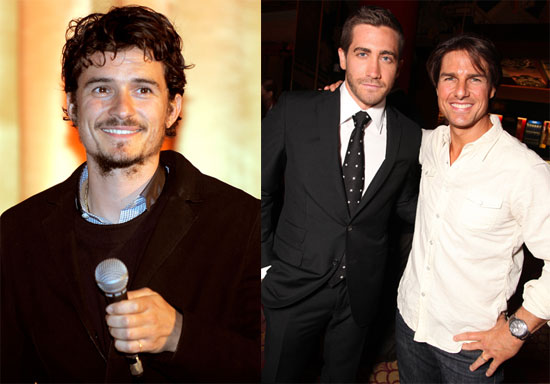 Bruce Willis
Bruce Willis's Family Is Blended With Love, Energy, and Many Daughters
by Corinne Sullivan 3 weeks ago

Celebrity Fitness
"Let's Get Registered!" Jane Fonda and Friends Get Out the Vote in an '80s-Style Workout Video
by Maggie Ryan 10/07