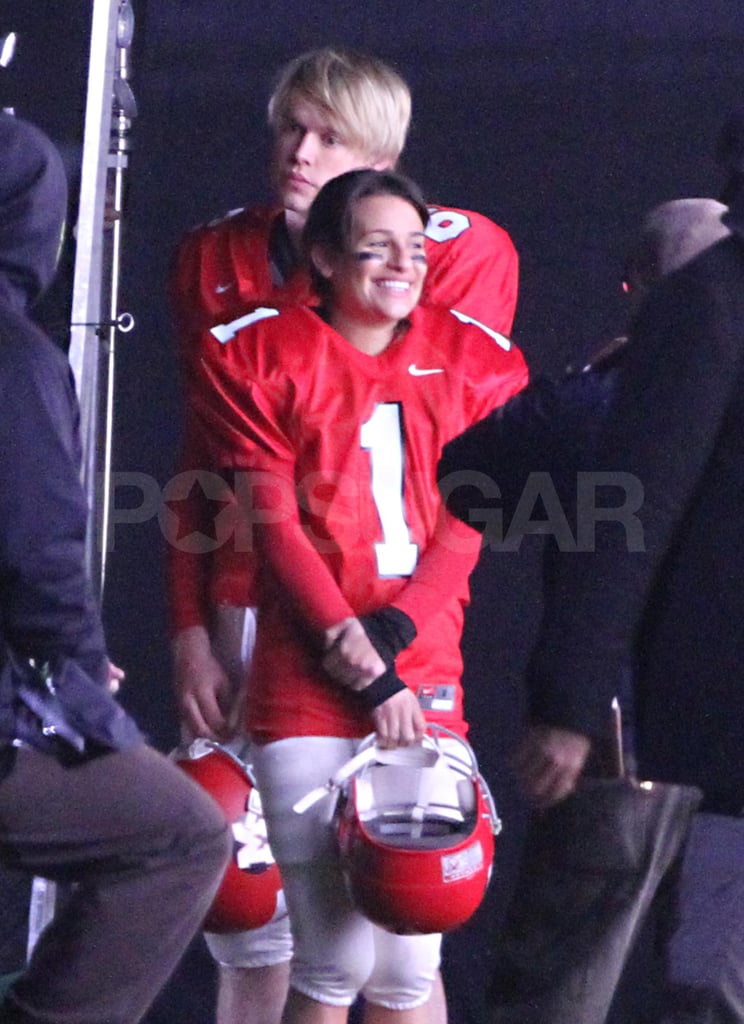 Lea Michele was back on the football field in LA last night to join her Glee costars Cory Monteith and Chord Overstreet for a McKinley High scrimmage. The cast is back together after taking a break over the holidays — Chris Colfer and Amber Riley visited France, while Cory spent time in Canada cheering on the Canucks hockey team. We caught up with Jane Lynch at the People's Choice Awards on Wednesday after she won favorite TV comedy actress. Jane shared her hopes for getting Britney Spears back on the show and said she'd love to see her character, Sue Sylvester, spark up a romance with aspiring guest star Javier Bardem. We're likely to see Jane and her costars at next week's Golden Globes, where they're nominated in the best TV musical or comedy series — make sure to fill out Buzz's Golden Globes ballot for a chance to win $1,000! Their first new episode of 2011 will air on Feb. 6 right after the Super Bowl, but get your fix in the meantime with Buzz's midseason quiz.

Celebrity Instagrams
The Cast of Glee Honor Late Costar Naya Rivera on Her 34th Birthday: "We Miss You"
by Brea Cubit 1/13

Naya Rivera
Naya Rivera's Glee Legacy Is So Important, and It's Still Helping Me Come Out to Myself Today
by Christine Shanahan 8/09/20