Jimmy Fallon sang and danced as host of the Emmys in LA last night, and the fun kept coming for him and his wife, Nancy Juvonen, as they moved on to the Governor's Ball with other winners, nominees, and presenters. Mad Men's Jon Hamm raised a glass to his show nabbing its third consecutive best outstanding drama series award — do you agree with its win? New mom Amy Poehler stuck close to Tina Fey, while Kevin Bacon couldn't take his eyes off his lovely wife and best actress in a drama honoree, Kyra Sedgwick. Lost's Michael Emerson chatted with costars Daniel Dae Kim and Henry Ian Cusick, as The Vampire Diaries' Nina Dobrev chatted with best supporting actor in a drama Aaron Paul. He totally won Buzz over with his cute press room excitement right after hitting the stage. 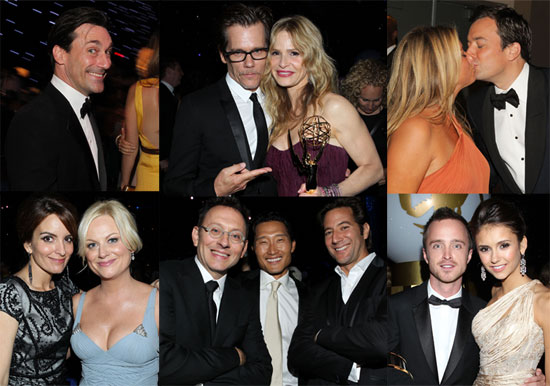 January Jones, meanwhile, cuddled up to her special date, Jason Sudeikis, in her show-stopping Versace gown along with Breaking Bad's Bryan Cranston. The Glee kids, like Mark Salling, Lea Michele, Matthew Morrison, and Chris Colfer, celebrated Ryan Murphy and Jane Lynch's wins all together. We've got you covered for TV's biggest night — make sure to check out shots from the red carpet, exciting behind-the-scenes press room photos, and Buzz has the entire list of winners here! 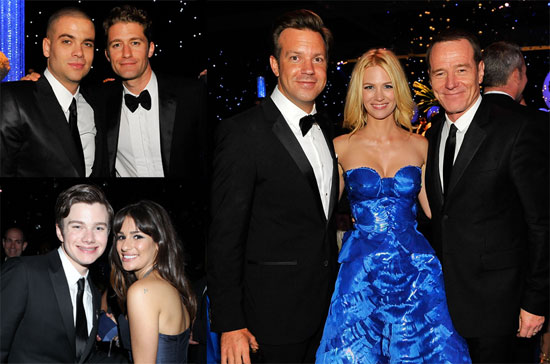 January Jones
January Jones Is a Mom of 1 — and Her Son Has a Very Cool Name!
by Amanda Prahl 2/18

Elisabeth Moss
The True Story of the Friday the 13th Murder: Why Candy Montgomery Killed Betty Gore
by Chanel Vargas 7/12/20