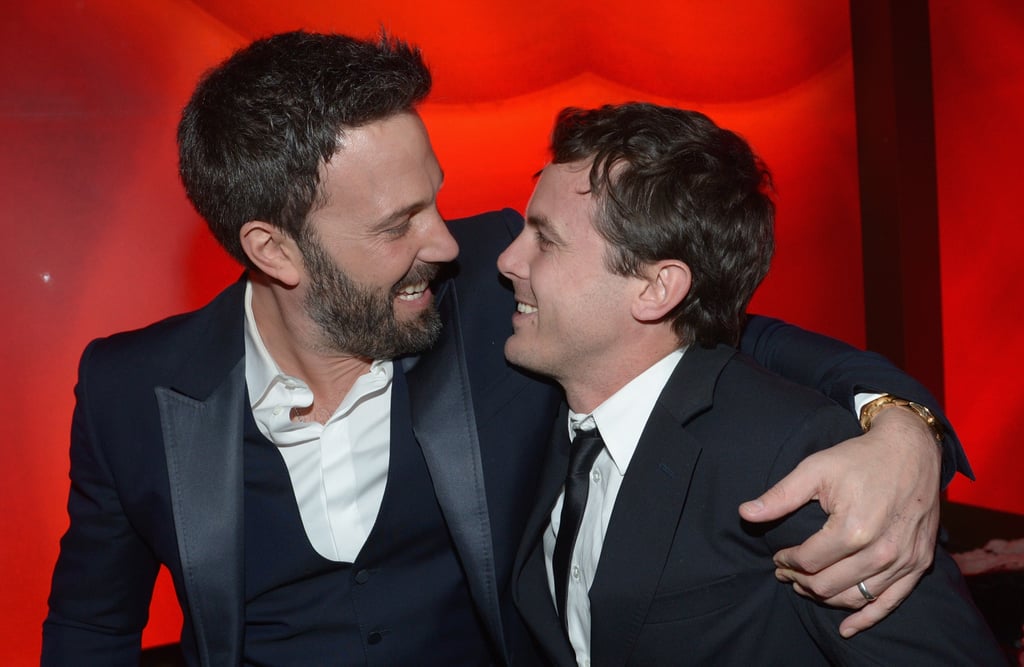 Casey Affleck has been garnering headlines and praise for his role in Manchester by the Sea and was even nominated for a best actor Oscar. He has already taken home a Critics' Choice award and Golden Globe for the powerful performance (unfortunately, the 41-year-old actor is also currently at the center of some pretty serious sexual assault allegations). It's likely that Casey has the support of his older brother, Ben Affleck, throughout his roller-coaster year. The pair stepped out together for a screening of Manchester by the Sea in November, and Ben was also in attendance at the Globes when Casey won his best actor in a drama award. Ben and Casey have shared many moments together in Hollywood, working together both in front of and behind the camera. Ben is certainly no stranger to award season glory, and they also both happen to be going through divorces after 10 years of marriage — Ben and Jennifer Garner famously split in 2015, while Casey and his wife, Summer Phoenix, announced their breakup in March 2016. Keep reading to see Ben and Casey's show of brotherly love over the years.

Marry Me
Marry Me Isn't Based on J Lo's Real Life, but the Similarities Are Striking
by Alicia Geigel 2 days ago

David Beckham
After This Massive Neck Addition, Romeo Beckham Now Has a Matching Tattoo With Dad David
by Kelsey Garcia 2 weeks ago

Parenting
New Dad Wilmer Valderrama Vows to Keep Romance Alive: "The Baby Is Our Priority, but You Are Mine"
by Perri Konecky 2 weeks ago