While the Vanity Fair Oscars afterparty was one hot ticket at LA's Sunset Towers, Elton John played host at his 18th annual AIDS Foundation bash at the Pacific Design Center. Elton's fellow Brit Simon Cowell came out with his fiancee, Mezhgan Hussainy, and Victoria Beckham turned out for the second year in a row to mingle with pal Heidi Klum. Nicole Richie struck a little pose with Rachel Zoe, while Glee's Lea Michele dug into the dinner and Salma Hayek arrived in her leather jacket. Chace Crawford is a frequent guest at Elton's soirees, and he chatted with the host as Jamie Foxx escorted his lady friend Stacey Dash. 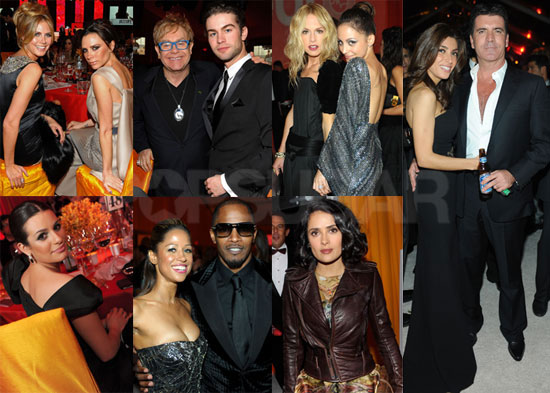 Jennifer Hudson made the social rounds in a blue gown, which turned out to be one of the big colors of the evening. Nicole and Joel Madden shared a moment after his turn as the show's official DJ, as the three Jonas brothers hung out nearby. Elton's glasses matched Betty White's own blue dress, as they celebrated her The Proposal costar Sandra Bullock's big win. Miley Cyrus took a break from her boyfriend Liam Hemsworth to smile for photos with Joaquin Phoenix as the fun times continued at one of the biggest bashes of the year. 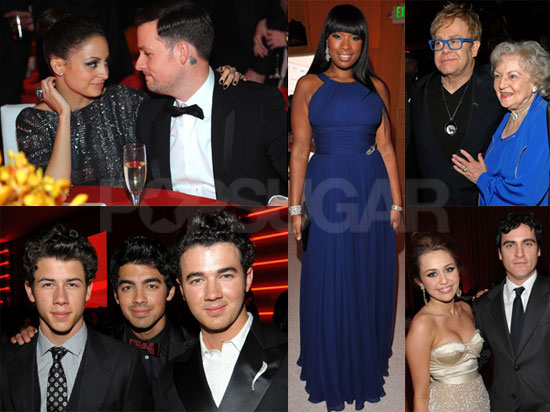 Jennifer Hudson
The Cast of Netflix's Monster Is Full of Famous Faces, From A$AP Rocky to Nas
by Monica Sisavat 5/10

Jennifer Hudson
Jennifer Hudson Is the Queen Incarnate in These Photos From the Aretha Franklin Biopic, Respect
by Mekishana Pierre 10/20/20 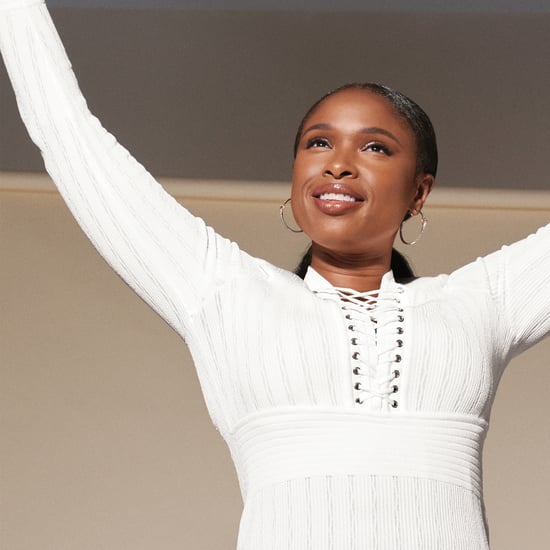