Matt Damon spent his Friday night hard at work on The Adjustment Bureau in NYC. He was joined by Emily Blunt for the late shoot, and his Ocean's Thirteen costar Ellen Barkin even dropped by to say hello. Matt's currently all about his film project, but he took a little time last week to speak about his ONEXONE charity at the Clinton Global Initiative. He'll also be showing up to promote his organization on the season finale of Entourage, and a recently leaked video from the set shows an enraged-acting Matt telling off Adrian Grenier's Vince — check out the video below. 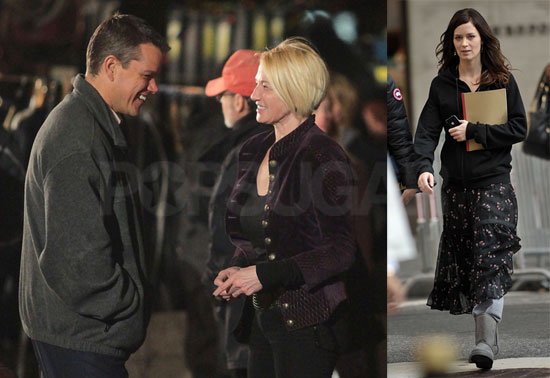 For additional photos of Matt, Ellen and Emily read more.

Celebrity Couples
Matt Damon Is Ready For a Ben Affleck and Jennifer Lopez Reunion: "I Hope It's True"
by Grayson Gilcrease 5 days ago 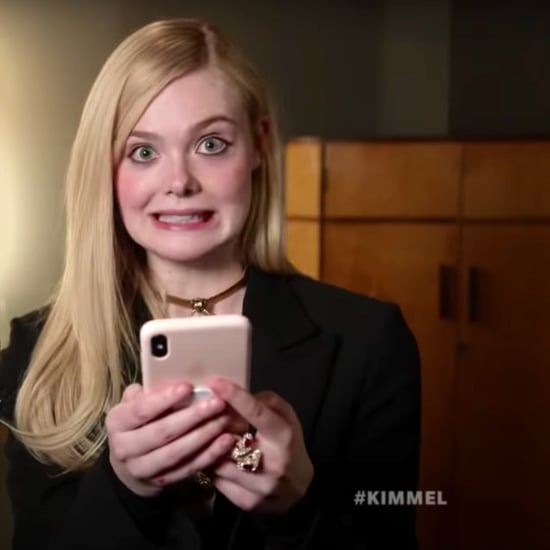 Mother's Day
Celebrities Read Texts From Their Moms on Jimmy Kimmel, and All I Can Say Is "Same"
by Grayson Gilcrease 5/10/20

Celebrity Couples
True Love Is Real, Guys — John Krasinski and Emily Blunt's Quotes About Each Other Prove It
by Corinne Sullivan 4/26/20