Kellan Lutz and AnnaLynne McCord were both spotted in LA on Tuesday night, heading to a party at Mel's Diner. The former flames are supposedly back together, though Kellan stuck to his friends while AnnaLynne had her sister by her side. Back in January the twosome had no problem being seen together, but maybe now they're trying to keep a lower profile as their stars continue to rise. 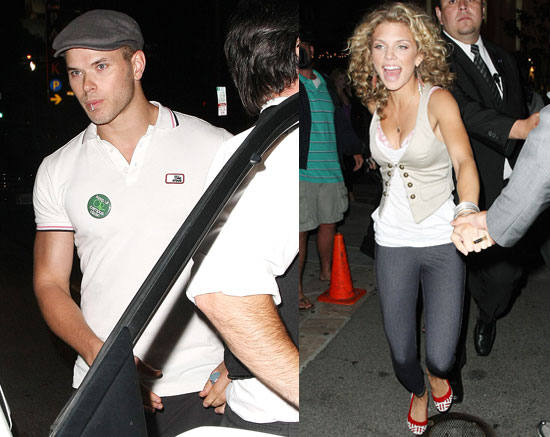