Lots of celebs had fun at the Emmy Awards last night, and the good times continued around LA with various afterparties. The HBO bash brought out the stars of Entourage, with Jerry Ferrara cuddling up to girlfriend Jamie-Lynn Sigler as AnnaLynne McCord smiled for the cameras. January Jones struck a pose on ET's red carpet, and inside big winners Jon Cryer and Toni Collette chatted with their newly-acquired gold. The exclusive Governor's Party was the destination of Mariska Hargitay, Jennifer Westfeldt and Jon Hamm, who wasn't home to see all the crazy moments from the latest episode of Best Drama Mad Men. 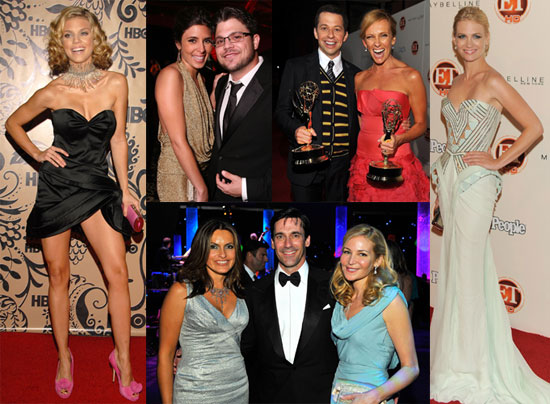 Blake Lively picked another low-cut dress to mix and mingle at the HBO event, where Big Love's Ginnifer Goodwin and Chloe Sevigny appeared to be having fun together. Over at the Governor's Ball, Andy Samberg left girlfriend Joanna Newsom's side for a moment to pose next to big man of the night Neil Patrick Harris. Alec Baldwin proudly showed off his statue, and Debra Messing gave a big bear hug to pal Mary-Louise Parker. Kellan Lutz was one of the lone Twilighters making the social rounds, taking a little break from working with Robert Pattinson and the gang up in Vancouver to hit the ET bash. 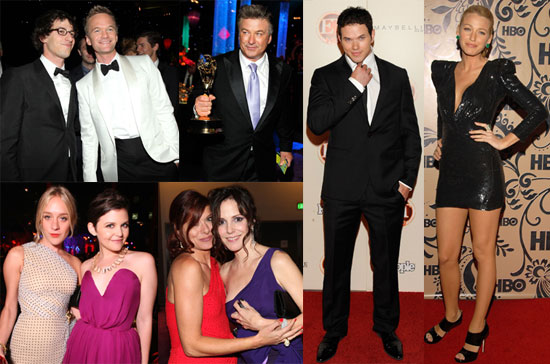 January Jones
January Jones Is a Mom of 1 — and Her Son Has a Very Cool Name!
by Amanda Prahl 2/18