Sandra Bullock was in high spirits on Friday night as she helped kick off the Santa Barbara Film Festival. She added another honor to her already impressive award season tally, accepting the American Riviera Award from by Forest Whitaker. All eyes are on Sandra as the favorite to win the Oscar, but Sandra's not so sure — she expressed her skepticism at the ceremony, saying, "I'm so not winning an Oscar." Other big winners from the evening included Emily Blunt, Saoirse Ronan, and Carey Mulligan, who's also nominated for an Academy Award for her role in An Education. 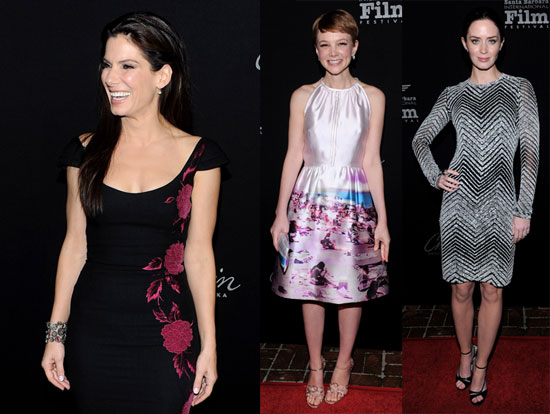 More photos from Santa Barbara if you just read more.