There were a lot of smiling celebrities at the Staples Center last night as the Lakers defeated the Rockets in their second game of the Western conference semifinals. Cameron Diaz, who is rumored to have split with boyfriend Paul Sculfor, sat with Hollywood bigwigs Steven Spielberg and Jeffrey Katzenberg and even caught the ball from her courtside seat. Loyal Lakers fan Leonardo DiCaprio was laughing the whole game while Seal was all dressed up for the occasion. Jordin Sparks played photographer from the audience, though it's hard to know what would be more fun to take pictures of — the players or the star-studded front row. 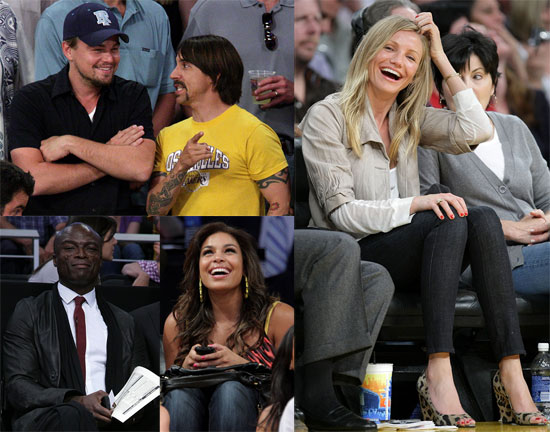 To see more photos, including Luke Wilson, David Arquette, and many others, just read more.