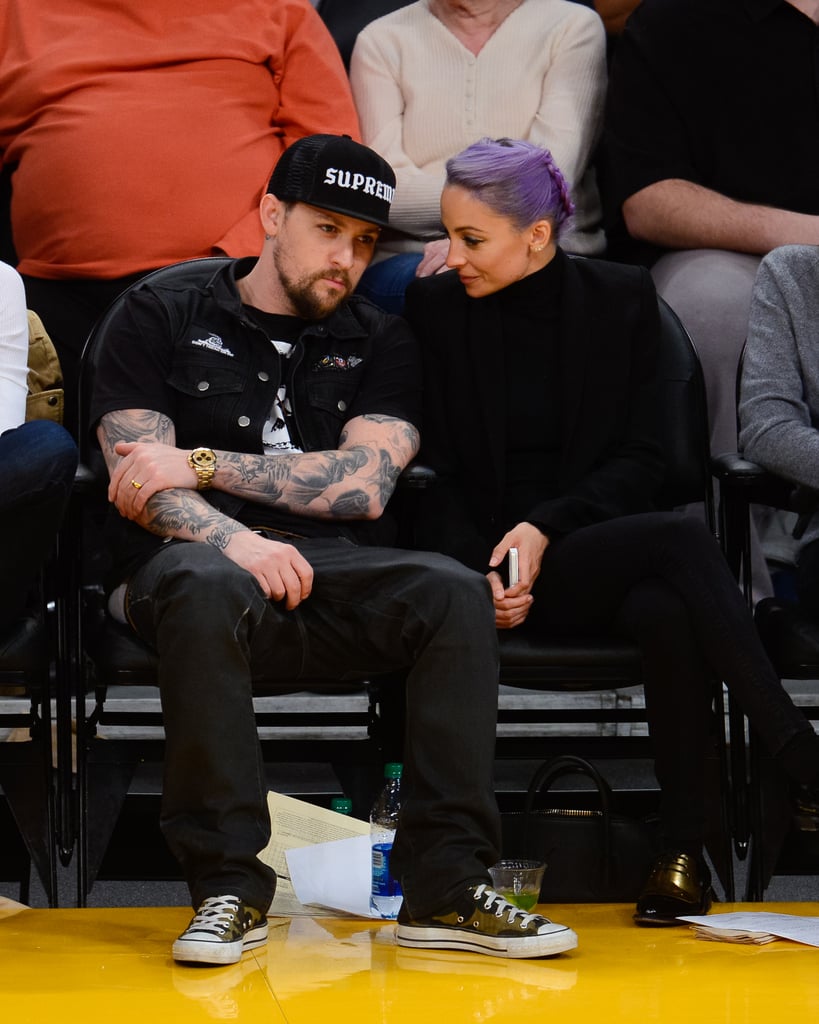 Nicole and Joel Celebrate Their Big Week With a Basketball Game

Nicole Richie and Joel Madden kicked back and relaxed with friends at an LA Lakers game on Tuesday night. Even though the team lost 124-112 against the Portland Trailblazers, Nicole and Joel still seemed to have a great time courtside as they cracked jokes and snapped selfies with director David Katzenberg and his model girlfriend, Stellina B. It's been a big week for Nicole and Joel, who have both celebrated some exciting news. It was announced earlier this week that Nicole's successful AOL show, Candidly Nicole, will be coming to VH1 in July. Meanwhile, Joel and his twin brother, Benji, commemorated the 18th anniversary of their band, Good Charlotte. Benji shared a photo of the boys on Instagram, saying, "Happy 18 years to my brothers in Good Charlotte. 1996 was the year Joel, Paul and I decided to try having a band practice, and we never stopped."