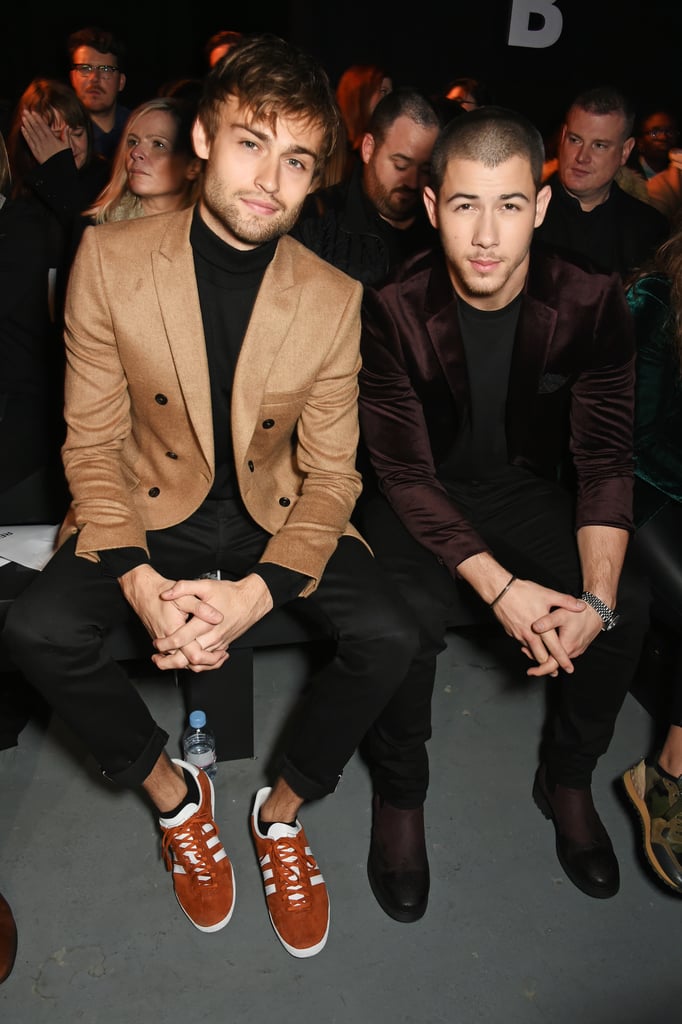 When Nick Jonas attended a Topman fashion show in London on Friday, something wonderful happened. The singer ran into fellow handsome person Douglas Booth, who's set to appear in Pride and Prejudice and Zombies next month. The two posed together and made a pair so good-looking, we're having trouble making direct eye contact. Even though Nick has been lying low the past few months, rumors of his fling with Kate Hudson have continued to swirl. Despite their continued efforts to withhold comment, the pair reunited in Mammoth Lakes, CA, for a Winter getaway just this week. Keep scrolling to see Nick's latest — and notably solo — appearance, and then check out Kate's equally stag night at the People's Choice Awards.

Jennifer Lopez
Should We Talk About J Lo's Crazy, Sexy Global Citizen Costumes All Day or All Month?
by Sarah Wasilak 2 days ago