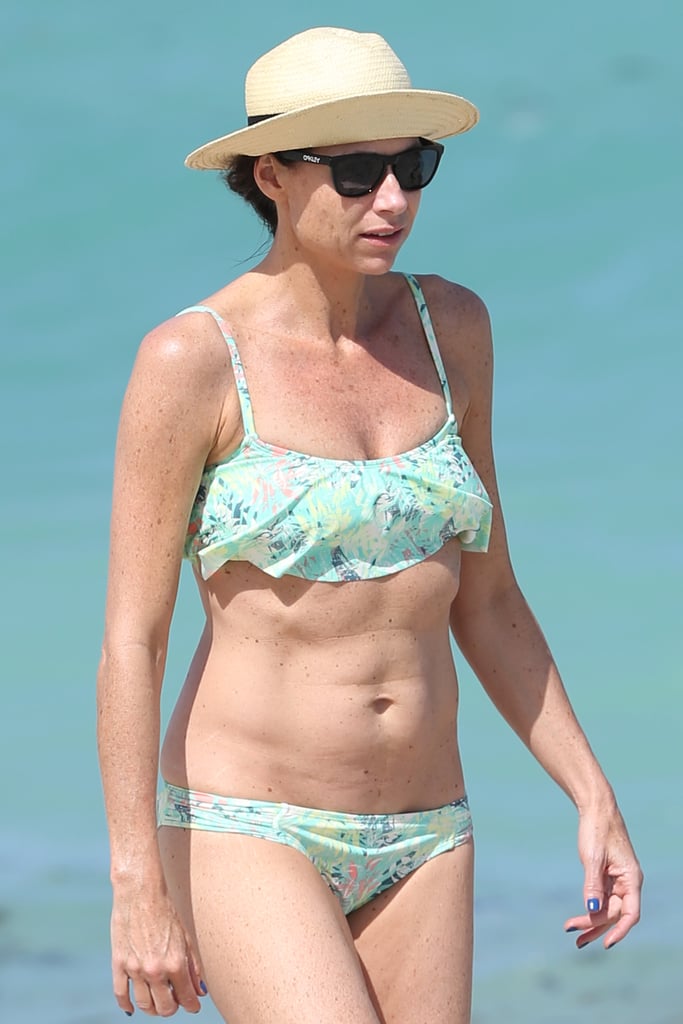 There's No Sign of April Showers in Miami For Minnie Driver

Minnie Driver broke out in her bikini in Miami, FL, on Tuesday, where she took a walk on the beach and soaked up the sun. Minnie seems to already be squeezing in a little relaxation time, even though It's only been a little over a month since her debut in About a Boy, which aired as one of the new midseason TV shows. Minnie recently spoke about her role on the show, which seems to be following the trend of other projects that have revisited old concepts, like Bates Motel and Rosemary's Baby. Minnie remarked that the series is already doing well, so a beach getaway seems like the perfect way to celebrate. Keep scrolling to see more!

Celebrity Instagrams
The Highlight of Tracee Ellis Ross's Beach Party For One? Her High-Waisted Lounge Pants
by Chanel Vargas 16 hours ago