This is such an elite cool mom picture. Omg I feel so blessed looking at it pic.twitter.com/x4PDnL7QZs

President Donald Trump's meeting with Queen Elizabeth II last week was awkward, to say the least, but if you're wondering how the Obamas are doing, well, they're clearly living their best lives. Over the weekend, Michelle, Malia, and Sasha attended Beyoncé and JAY-Z's On the Run II tour show with Beyoncé's mom, Tina Lawson, in Paris, and from the looks of it, they had a blast. For starters, Michelle looked incredible in a white blouse and matching shorts — just look at those legs! The former first lady stood next to the stage and sang along with Tina, but the best part of their outing might have been when Michelle and Tina danced like nobody was watching to JAY-Z's "On to the Next One." Yep, Michelle's definitely got moves!

The Carters and the Obamas have been friends for years now, so it's no surprise that Michelle was front and center cheering on the couple. Hopefully next time Michelle brings Barack along! 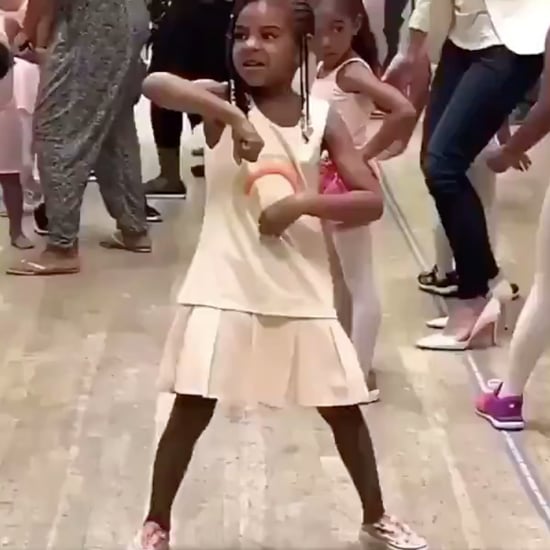 Celebrity Instagrams
When They're Not Playing Rivals, the Cobra Kai Cast Have a Strong Bond Off Screen
by Kelsie Gibson 2 weeks ago

Celebrity Instagrams
Michelle Obama Gave Barack a Drawing For Christmas, but the Story Behind It Is the Real Gift
by Karenna Meredith 3 weeks ago