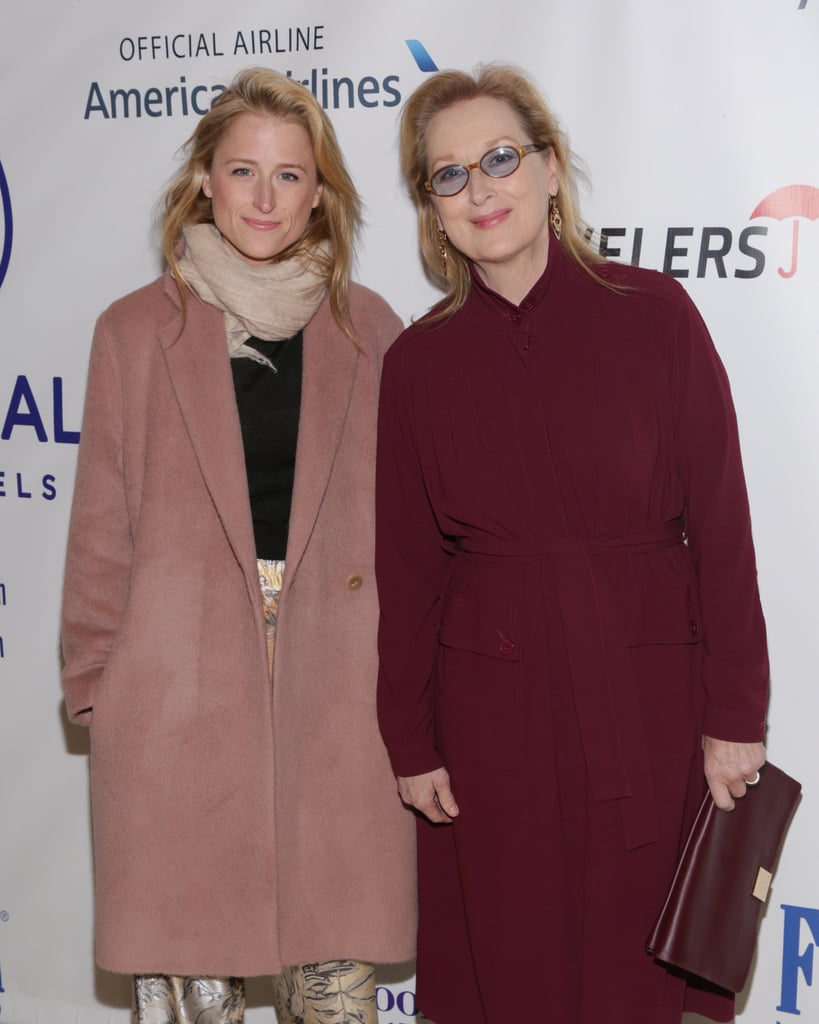 Mamie Gummer is pregnant! Us Weekly confirmed on Friday that the 35-year-old actress, who is Meryl Streep's eldest child, is expecting her first child with fiancé Mehar Sethi. Earlier in the week, Mamie gave a glimpse of her growing belly when she hit the red carpet for the premiere of Mary Queen of Scots in NYC. Not only will this be Mamie's first bundle of joy, but it will also make grandparents out of her famous parents, Meryl and her longtime husband, Don Gummer. Mamie and Mehar were engaged in August; she was previously married to Benjamin Walker, whom she split from in 2013. The next year should be extra exciting for Mamie, who is also set to star alongside Mahershala Ali in the upcoming season of HBO's True Detective.

Congrats to Mamie (and Meryl!) on her growing family!