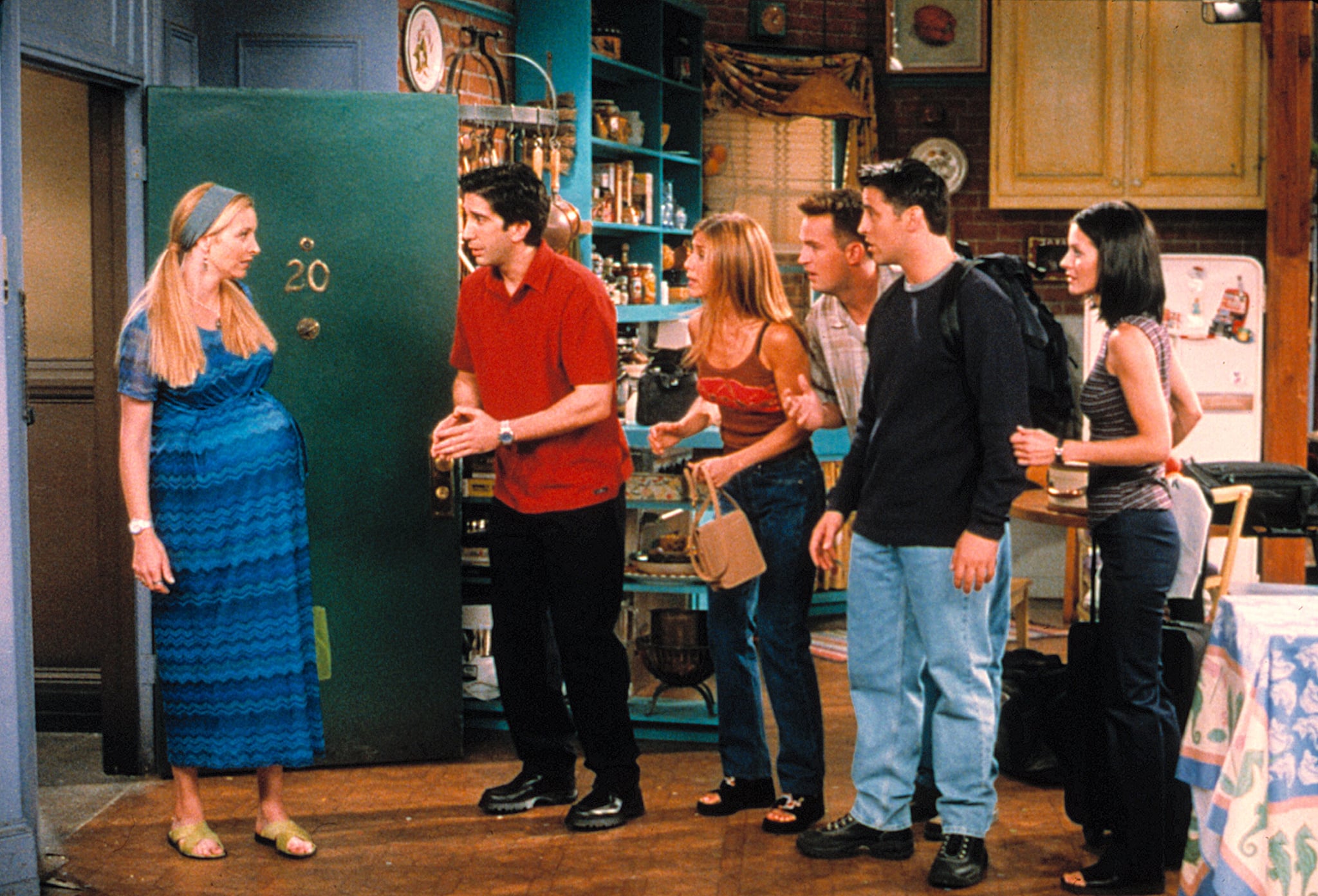 Almost 24 years since the first Friends episode aired on our screens, Lisa Kudrow is opening up about a very special time on the set of the beloved show. During a recent sit down with People, the actress described how the cast embraced her pregnancy while they were filming, and it'll probably make you really emotional.

Related:
Someone Dubbed Seth Rogen's Laugh Into a Friends Episode, and PLEASE Watch It

Fans of the series will recall that in seasons four and five Lisa's character, Phoebe Buffay, acted as a surrogate mother for her brother Frank and his wife Alice. Her son Julian Murray is now 20 years old, and I truly hope he knows how lucky he is to have been part of such a lovable group of friends.

Nostalgia
Harry Styles and Rachel Green Own the Same T-Shirt — Don't You Want One, Too?
by Sarah Wasilak 10/20