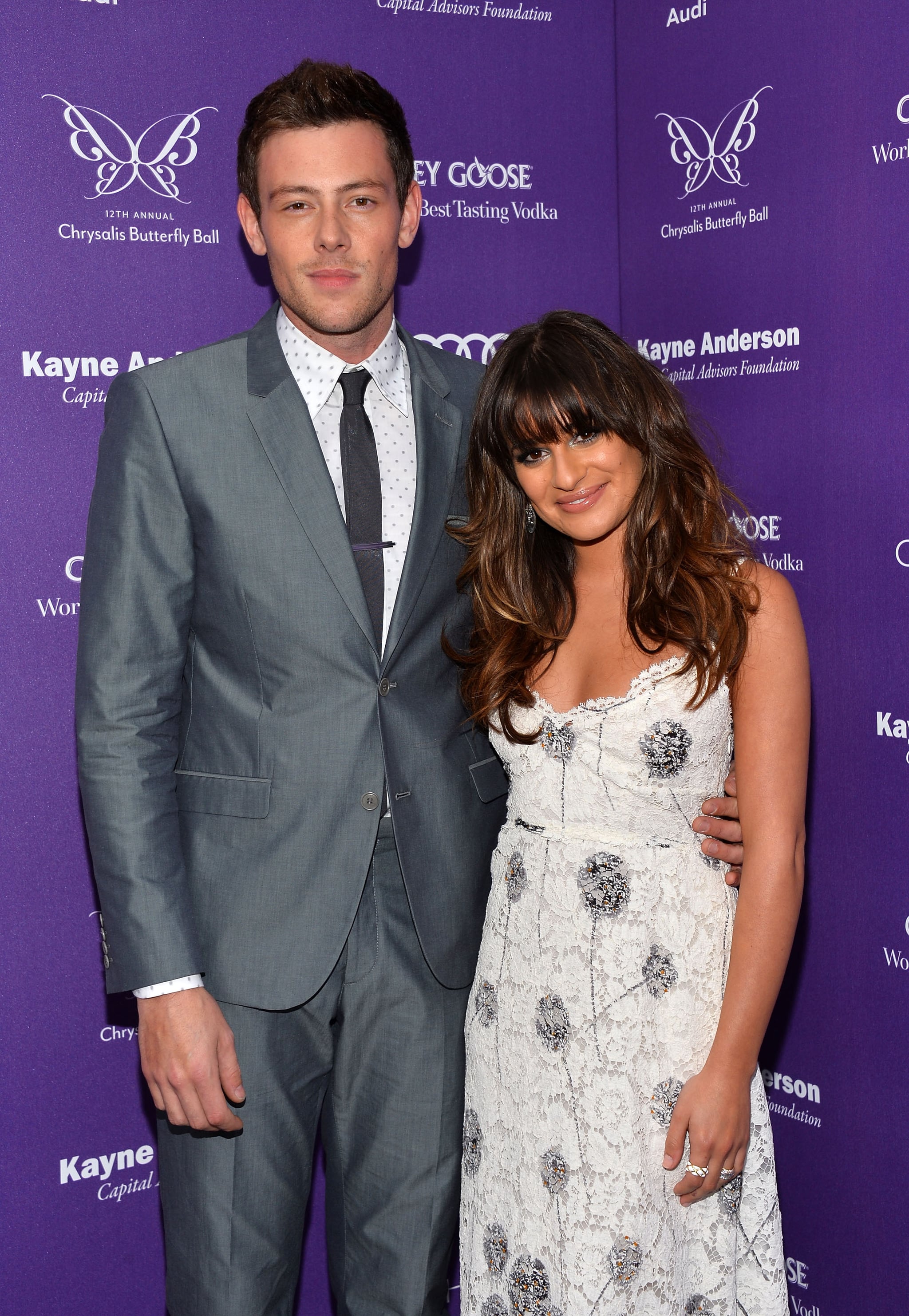 Lea Michele posted a heartfelt message to Twitter on Monday in honor of her late boyfriend, Cory Monteith, on what would have been his 33rd birthday. She shared a photo of the actor playing drums on the set of Glee, saying, "I know you're serenading everyone right now. We love you Cory! Happy Birthday." Lea and Cory met while starring in the Fox series, which ended its six-season run back in January; after filming wrapped on the final episode, Lea shared a photo of herself taking home the framed football jersey of Cory's character, Finn Hudson, as a souvenir. After Cory's tragic death in July 2013, Lea stepped out of the spotlight and leaned on some of her famous friends and costars to grieve. She later began dating Matthew Paetz, who she met on the set of her music video for "On My Way." The couple celebrated their one-year anniversary last month, and Lea is also keeping busy as one of the stars of the upcoming Ryan Murphy show, Scream Queens. See Lea's heartfelt tweet below, and look back on Cory Monteith's life in pictures.

I know you're serenading everyone right now.. We love you Cory! Happy Birthday..❤️ pic.twitter.com/pbjMFOr06N

Kim Kardashian
Kim Kardashian Bonded With Bridgerton's Nicola Coughlan Over — What Else? — Corsets
by Victoria Messina 1 week ago

Chrissy Teigen
Chrissy Teigen Is Officially Back on Twitter, and Our Timelines Are Incredibly Blessed
by Kelsie Gibson 2 weeks ago