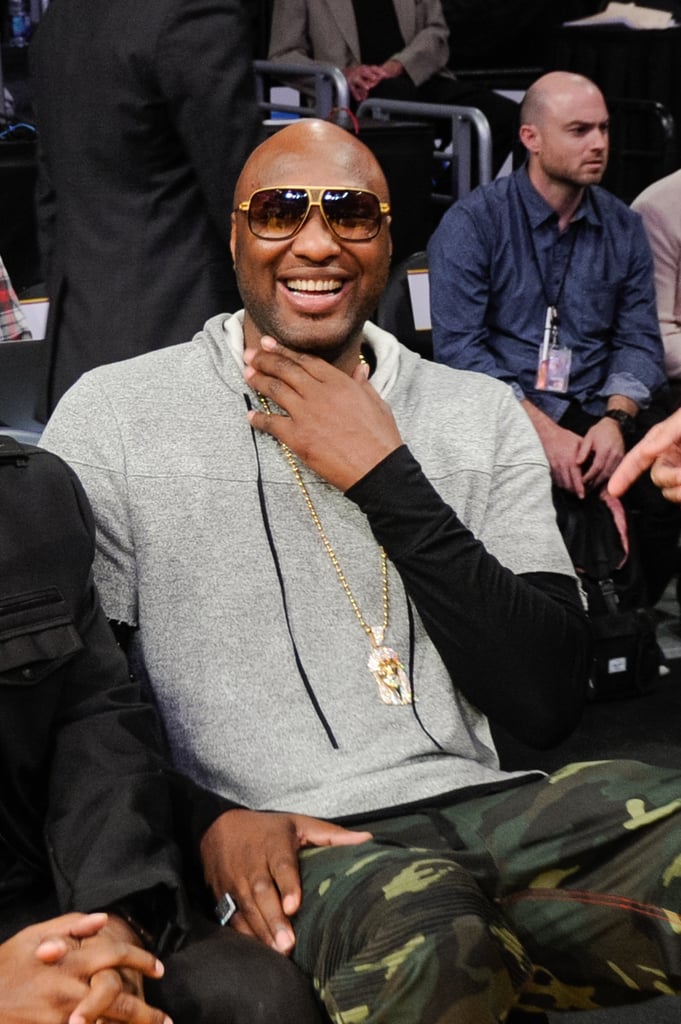 Lamar Odom hit up his old stomping grounds on Wednesday when he attended the Lakers game against the Miami Heat at the Staples Center in LA. The former power forward for the Lakers cheered on the team while sitting courtside, dressed in a casual gray sweatshirt and camo pants, and seemed to be in good spirits.

His appearance comes on the heels of a questionable outing at a bar the night before Easter, where Lamar — who was hospitalized in October following a scary overdose — was seen drinking with a group of friends. After the photo was made public on Tuesday, his estranged wife, Khloé Kardashian, posted a few cryptic tweets about feeling "helpless." Keep reading to see more photos of Lamar's evening at the game, and then check out his fun Easter Sunday with the Kardashian family.