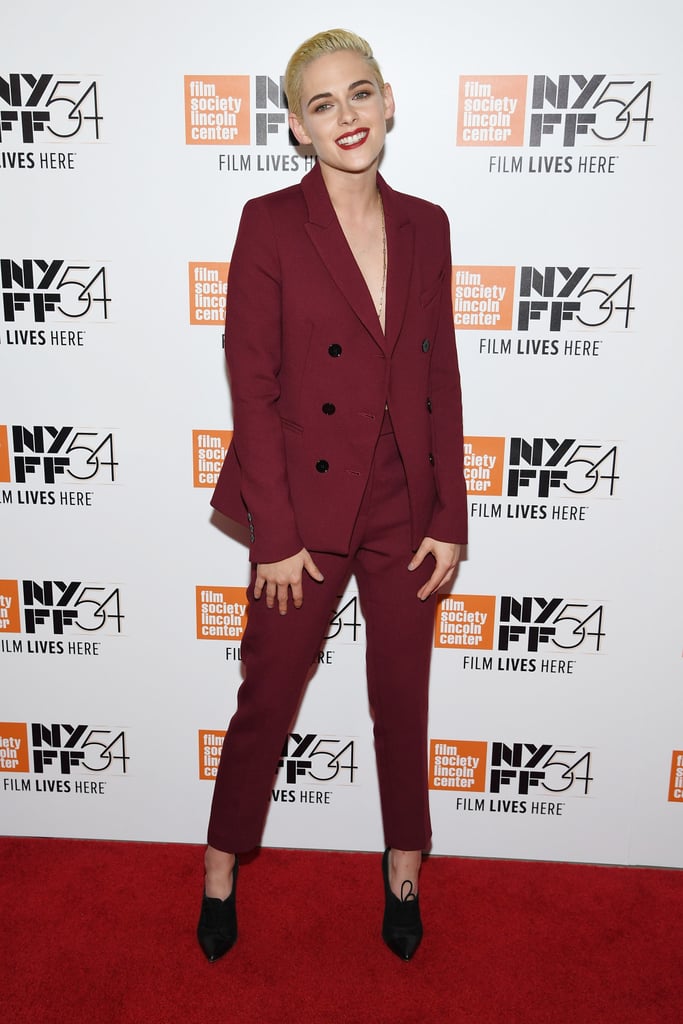 If you had any doubts that Kristen Stewart is one of the coolest women in Hollywood, her latest appearance should do the trick to fix that. On Monday, the actress hit the red carpet for the premiere of her new film, Certain Women, during the New York Film Festival. Kristen oozed sex appeal in a red Sandro blazer with nothing underneath and exuded high levels of confidence as she posed for photos. The movie, which also stars Michelle Williams and Laura Dern, follows the lives of three women as they intersect in small-town America, and debuted at the Sundance Film Festival earlier this year.

Anya Taylor-Joy
Anya Taylor-Joy Is a Goddess Among Mortals In This Shimmering, Sheer Dior Gown
by Hannah Weil McKinley 6 days ago