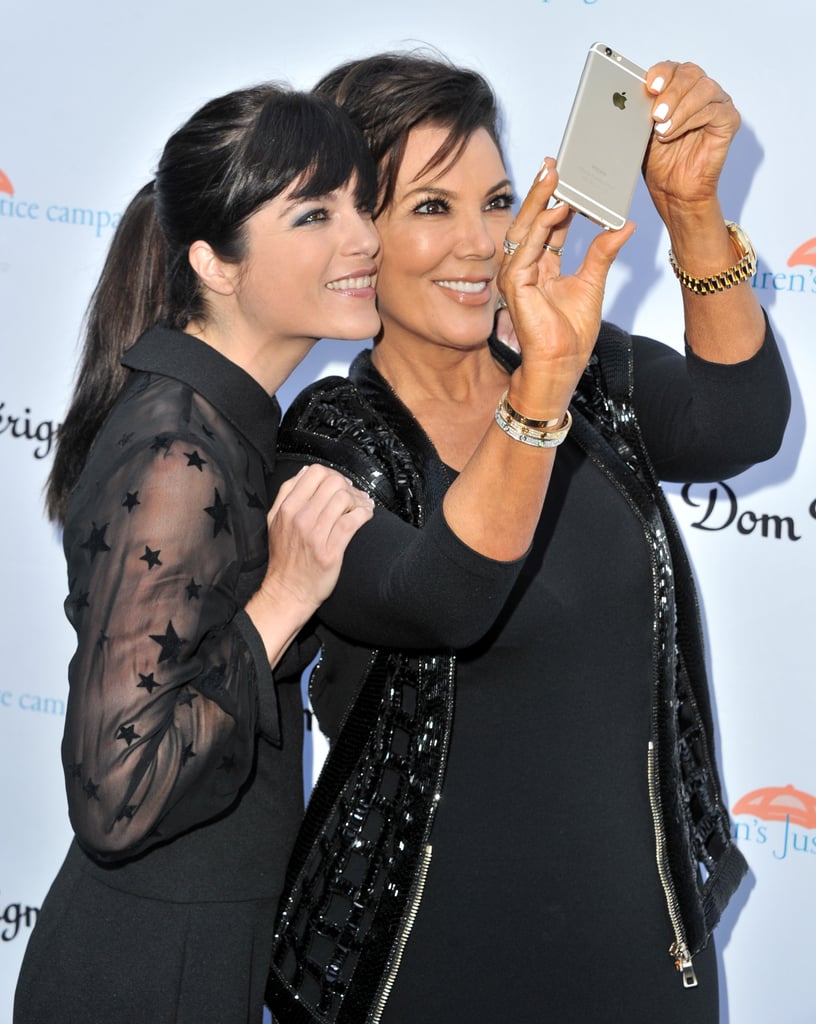 Kris Jenner and Selma Blair are having a moment after we learned the actress will play the savvy matriarch in a miniseries. On Tuesday, the ladies came face to face for the first time at the Children's Justice Campaign in LA. The event benefits Kelly Rutherford's petitioning of the White House to end her ongoing custody battle with her ex and have her children returned to the US. In the midst of supporting a good cause, Kris and Selma couldn't contain their excitement about this week's announcement that Selma will portray Kris in Ryan Murphy's American Crime Story: The People v O.J. Simpson. The project will partly touch on Kris's involvement in the trial after her close friend Nicole Brown Simpson was murdered, a topic broached in a recent profile on Kris in The New York Times. If Kris's feelings on the casting decision were ever up for debate, her evening with Selma makes it all crystal clear. Read on to see Selma score the best role research possible, then learn surprising facts you probably didn't know about everyone's favorite reality mom.

Celebrity Couples
Bo Burnham Has Been Dating Lorene Scafaria Since 2013, and Their Romance Is Too Cute
by Grayson Gilcrease 3 days ago