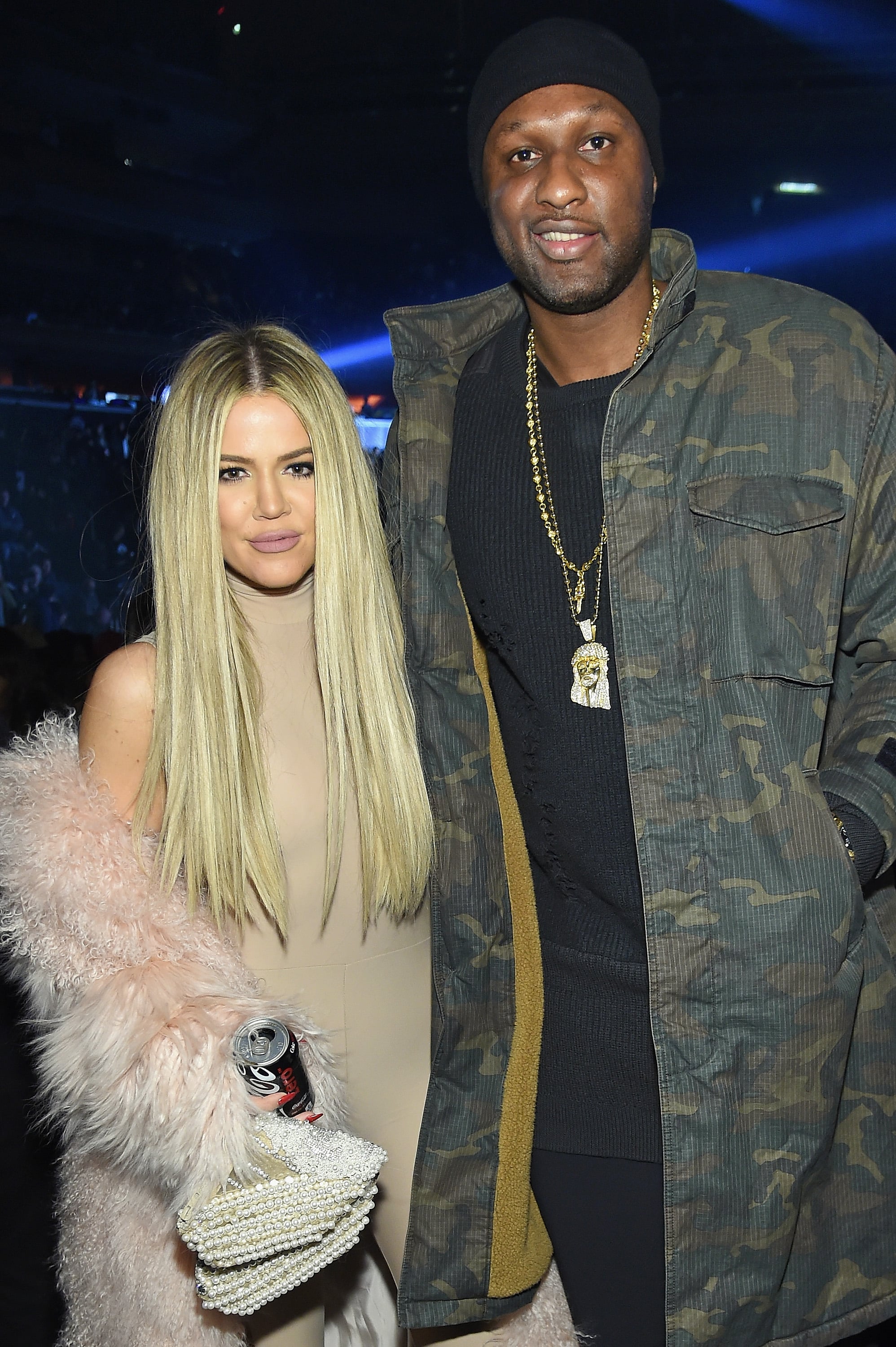 Khloé Kardashian and Lamar Odom's relationship has been a rocky one to say the least, and this week, the Keeping Up With the Kardashians star made headlines when it was revealed that she would be following through with divorce proceedings after putting them on hold amid Lamar's hospitalization in October. A source close to Khloé reportedly told People that while the exes will "always be friends," she is "ready to move on." The source continued: "She doesn't agree with some of Lamar's choices in the past few weeks. She plans on refiling for divorce soon. She and Lamar are just figuring out the finances first." Lamar's "choices" could likely include being spotted drinking with friends in LA the night before Easter, which he spent celebrating with Khloé and her family that Sunday.

Lamar has also weighed in on the decision to move forward with their divorce. On Wednesday, ET caught up with the former NBA star at the Staples Center, where he attended Kobe Bryant's final game for the LA Lakers with Kanye West. When asked about Khloé, Lamar said, "We did talk, you know, everything is [up for] discussion. We talk about anything. We've been through a lot. It won't ever stop."

Issa Rae
Issa Rae Teases the Possibility of an Insecure Spinoff: "There's a Chance For Everything"
by Monica Sisavat 4 days ago

Good Morning America
Former Bachelor Colton Underwood Comes Out as Gay: "I've Ran From Myself For a Long Time"
by Kelsie Gibson 4 days ago