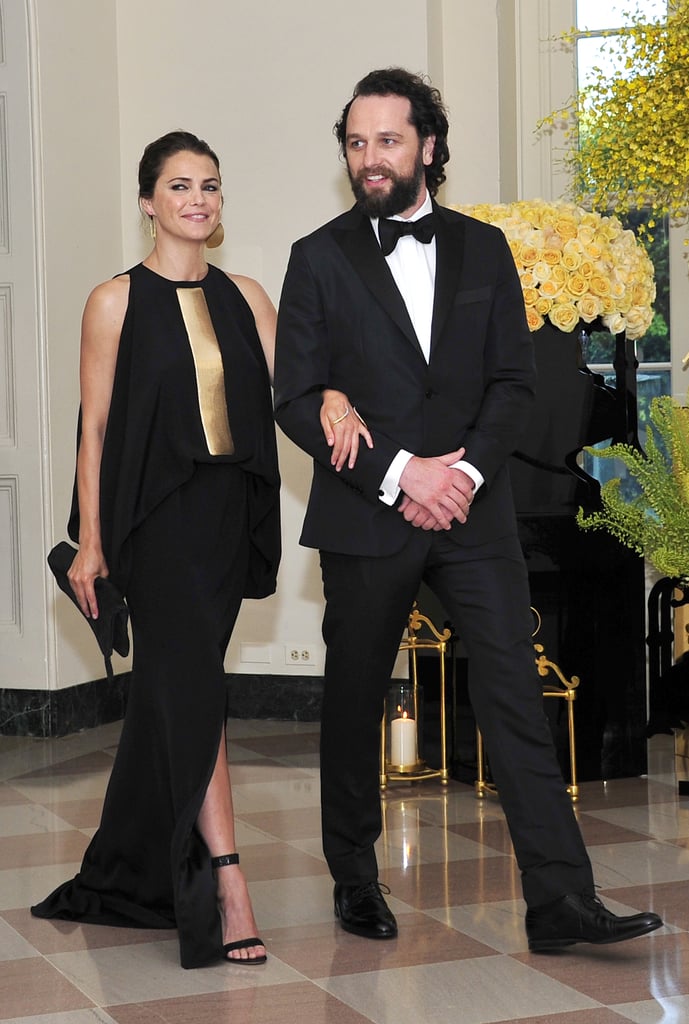 Keri Russell made a gorgeous appearance at a state dinner hosted by Barack and Michelle Obama at the White House on Tuesday. The actress, who recently gave birth to her third child, was accompanied by her boyfriend, Matthew Rhys, and looked stunning in a black floor-length gown. The outing marks Keri's second public appearance since she welcomed her first child with her The Americans costar. In June, she drew stares when she returned to the red carpet at the Tony Awards in NYC. Keri is also mom to daughter Willa, 4, and son River, 9, with ex-husband Shane Deary.

Jimmy Fallon
No One Makes Jimmy Fallon Smile Quite Like His Wife, Nancy Juvonen
by Kelsie Gibson 4 days ago