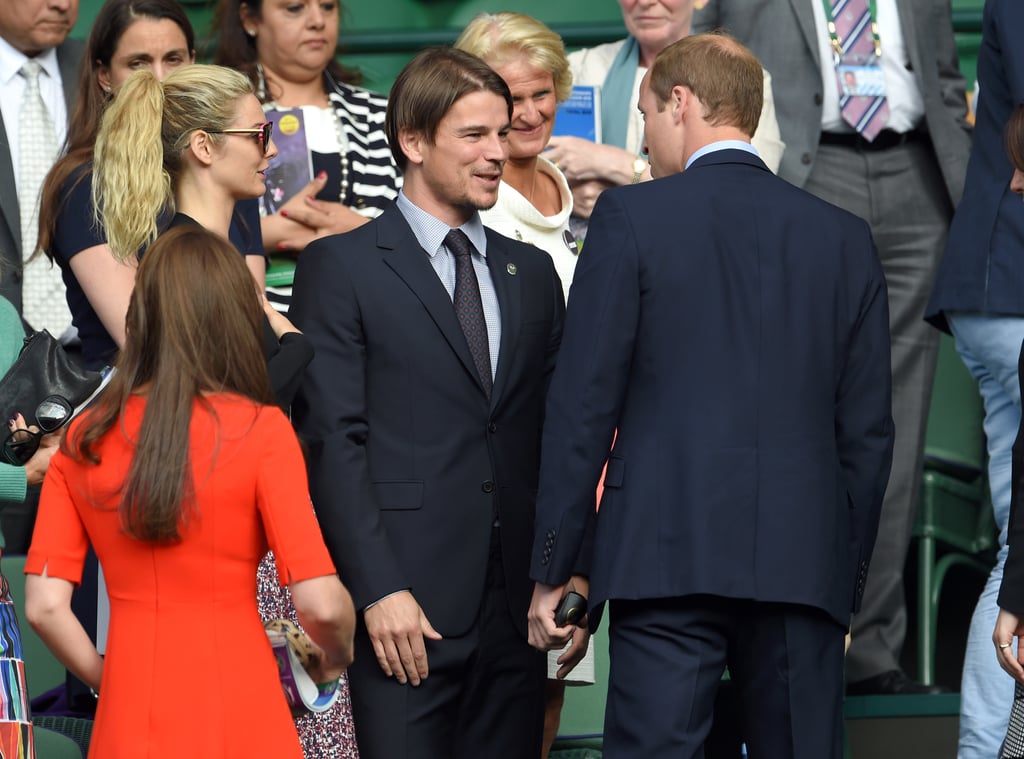 Kate Middleton and Prince William weren't the only cute couple at Wimbledon on Wednesday — Josh Hartnett and his girlfriend, Tamsin Egerton, popped up at the tennis tournament as well! The foursome actually met up in the stands and exchanged greetings after watching Andy Murray take on Vasek Pospisil.

Josh and Tamsin were first spotted out together in Spring 2013, after meeting on the set of Singularity in 2011. The duo mostly stays out of the spotlight, but they did recently confirm that they are expecting their first child together! Though 26-year-old Tamsin's tiny baby bump was hidden under her printed dress during their London day out, Josh couldn't help but crack a smile and wave to fans.