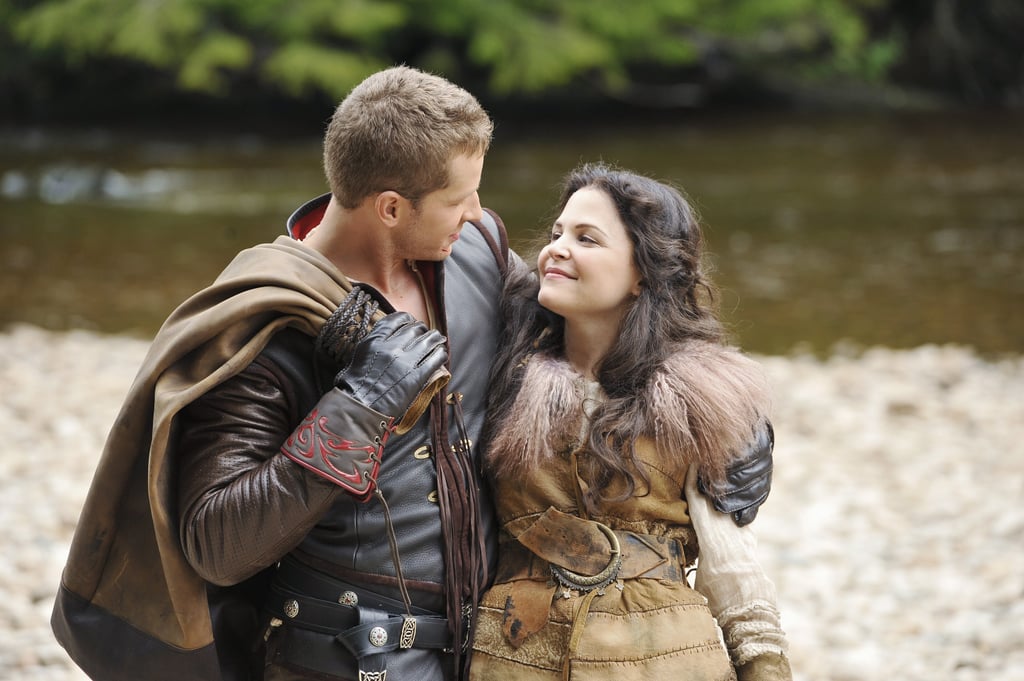 We never tire of hearing about Josh Dallas and Ginnifer Goodwin's real-life fairy tale. During an appearance on Live With Kelly and Ryan on Friday, the former Once Upon a Time star gushed about how magical it was meeting and falling in love with his wife on set. Though they were playing love interests on the show, he said they weren't too worried about mixing business with pleasure. "No, we didn't fight it," he told the hosts about falling for his costar. "We went straight for it."

And thank goodness they did. In addition to getting married in April 2014, the couple are now parents to two boys, 4-year-old Oliver and 2-year-old Hugo. While the pair has since moved on to different shows — Josh is currently on NBC's Manifest and Ginnifer is set to star on ABC's Steps — the actor is optimistic they'll work together again soon. See the rest of his adorable video ahead, along with some of the pair's sweetest moments.

Celebrity Instagrams
In Case You Forgot, Selling Sunset's Chrishell Stause and Jason Oppenheim Are Dating
by Monica Sisavat 5 days ago

Celebrity Quotes
Is There More to Chlöe and Gunna's Relationship Than Making Music Together? Not So Fast!
by Naledi Ushe 5 days ago