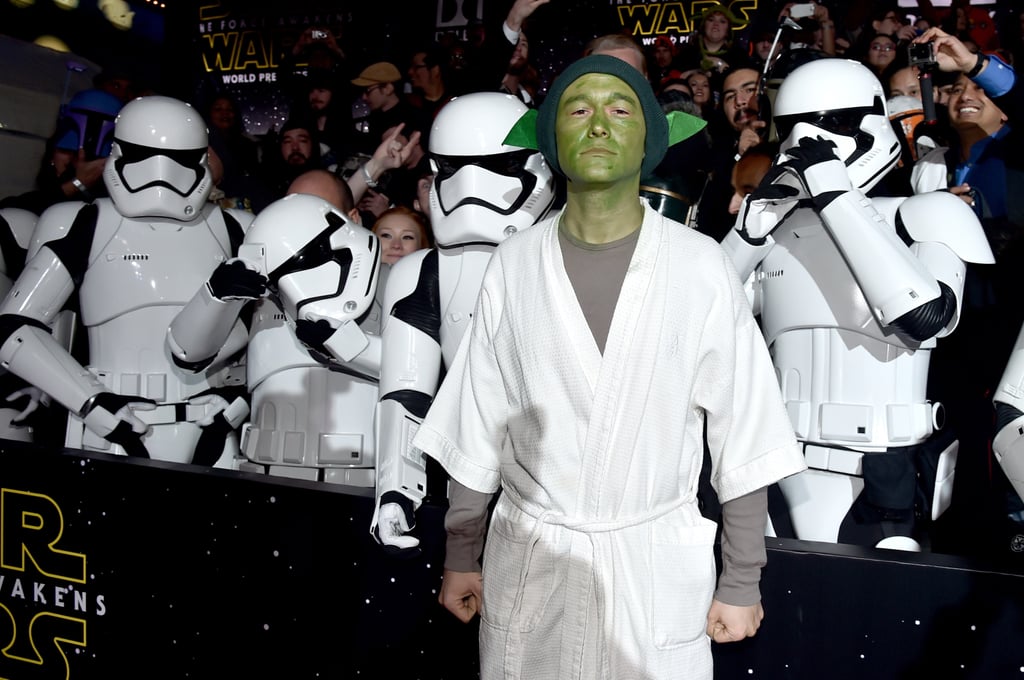 You might expect an A-list movie star like Joseph Gordon-Levitt to wear a fancy suit on the red carpet, but when it came time for him to attend the world premiere of Star Wars: The Force Awakens in Hollywood on Monday, The Night Before actor arrived in a DIY Yoda costume. Everyone knows Joseph isn't afraid of getting really into character, and his Yoda look was no different. Complete with a white terry cloth robe, Grinch pajama bottoms, a beanie with pointy ears, and a face full of green paint, he went full-on fanboy, and he wasn't the only one. Rainn Wilson and his son, Walter, also went to the premiere in costume, donning "chubby Jedi" and Boba Fett getups. Keep scrolling to see more photos of the diehard fans!

Star Wars
Galaxy's Edge Now Has a Spicy Version of Green Milk, and I Swear It Actually Sounds Delicious
by Megan duBois 5 days ago 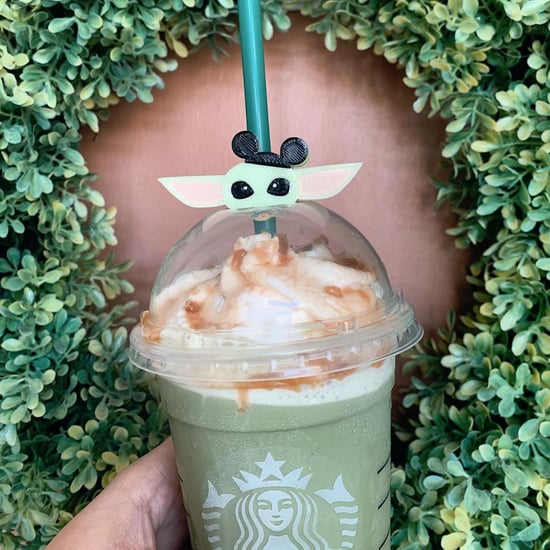 Food News
There's a Not-So-Secret Baby Yoda Frappuccino at Starbucks, Because of Course There Is
by Victoria Messina 4 days ago 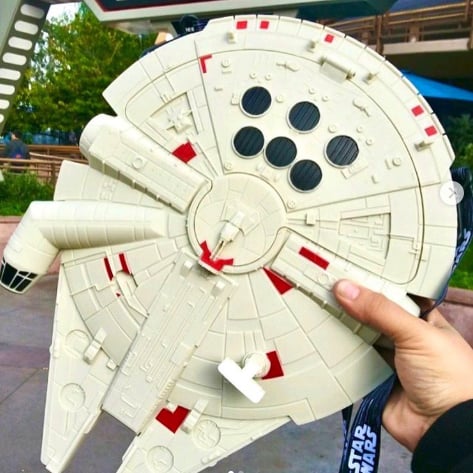 Disney
Disneyland Is Selling a Millennium Falcon French Fry Bucket, and It Lights Up!
by Megan duBois 12 hours ago 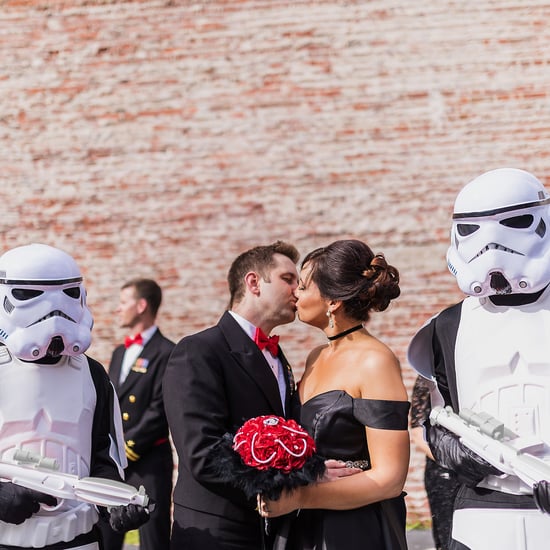 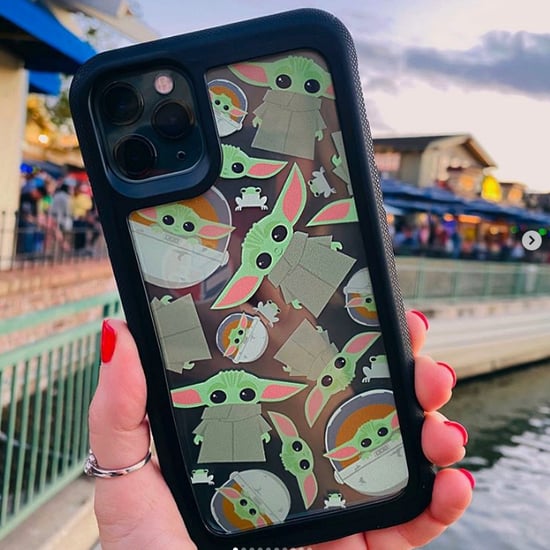 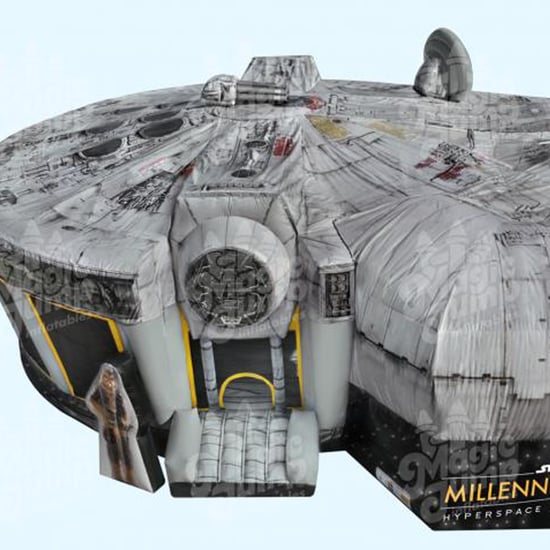