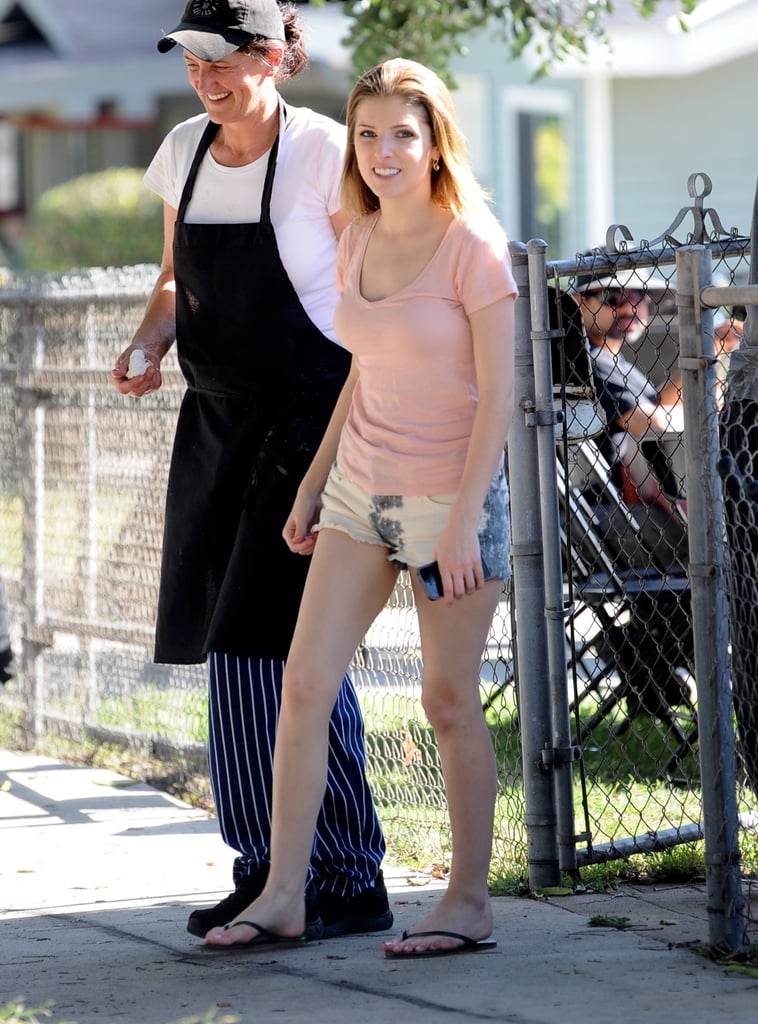 Anna Kendrick and Jennifer Aniston were both all smiles while filming their new movie Cake on Monday in LA, but they weren't together — and for good reason. In the film, Anna's character, Nina, comes back as a ghost after committing suiciding to haunt and taunt Jennifer's character, Claire. However, Anna didn't look very ghostly on set, mulling over choices at craft service as she walked around on her first day. Their costar Sam Worthington split his time between the two actresses, and he'll be torn between both women in the film, too — as he copes with the death of his late wife, Nina, he develops a relationship with Claire, which we saw as he and Jen filmed together in a cemetery.

Jennifer transformed herself for this role with a darker 'do and a fake scar, and Anna may be able to give her a few tips after her many transformations on Saturday Night Live over the weekend. If you missed Anna's Beauty and the Beast-themed monologue or insane "Dongs All Over the World" sketch, check them out and fuel your obsession with the hilarious star.