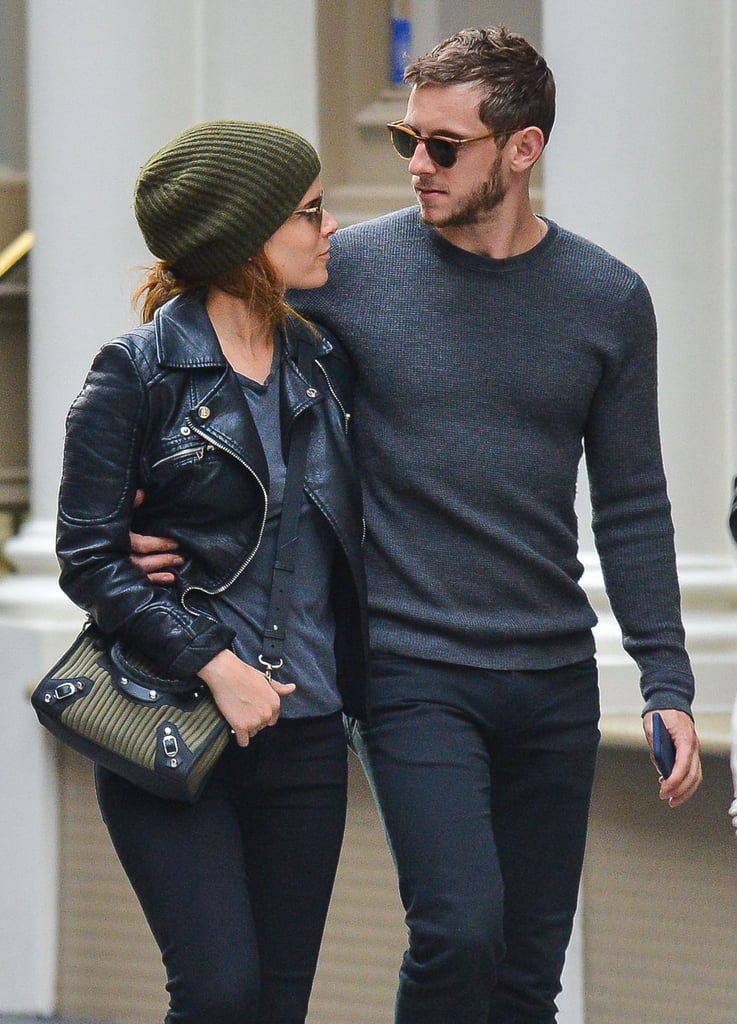 While Jamie Bell and Kate Mara have yet to confirm their relationship status, they definitely look like a couple! The pair, who starred together in this year's reboot of Fantastic Four, was spotted holding hands and wrapping their arms around each other during a chilly stroll in New York City on Thursday. Kate looked cute in a leather jacket and beanie hat while Jamie was handsome in jeans and a sweater.

The outing is just the latest time we've seen these two show their affection for each other. In early September, Kate and Jamie looked totally in love during a Malibu beach day. A few weeks later, they stepped out for a coffee date in NYC. What do you think of Hollywood's newest pair?