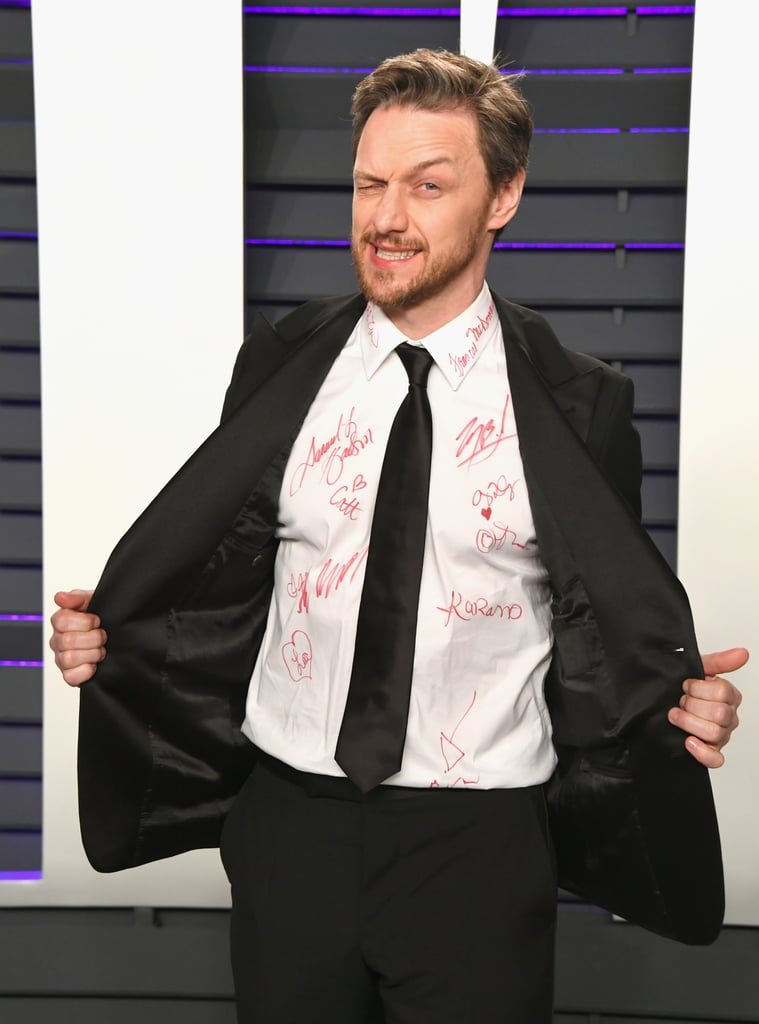 James McAvoy gave us major school flashbacks at the Oscars when he started asking fellow attendees to sign his shirt. And if you're lucky, you could be the proud owner of this historic shirt in the future. The Glass actor arrived at the Oscars wearing a crisp white shirt but left with red scribbles all over it. He explained on his Instagram stories that he found a red Sharpie and "started to ask all our celebrity friends to start signing my shirt, I don't know why I had that idea but I did."

He also showed off some of the celebrity signatures on Oscar night, saying "I think we'll probably try and sell it for charity." It'snow been revealed that James will indeed be offering up the shirt as a prize, raising funds for Ronald McDonald House New York, a major charity for childhood cancer.

For a minimum donation of $10, you can get your name in the running to win the famous shirt. We'll trade this one for our signed school shirt any day.