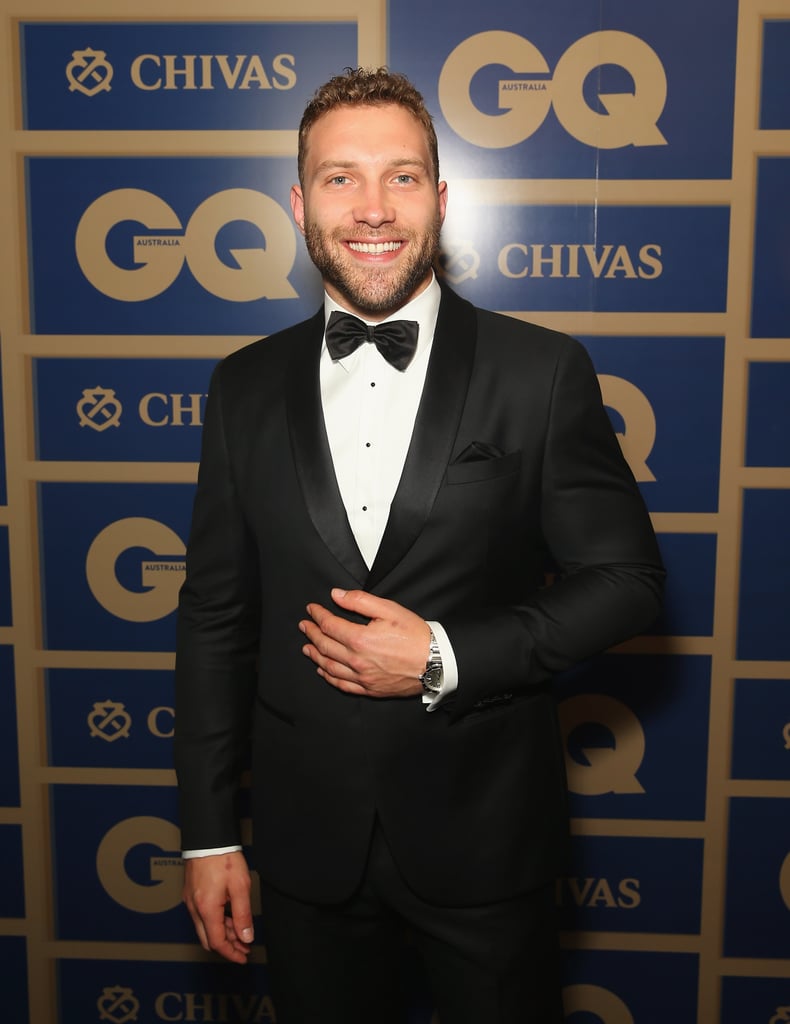 If you saw the 2015 action movie Terminator Genisys, you probably came away from the theater with two questions: 1.) When did Arnold Schwarzenegger get so old? and 2.) Why am I so sweaty? Although we can't help you with the first question, the second is most likely due to the fact that Jai Courtney, Australian actor and Greek god in human form, has one superhot nude scene. With memorable roles in the Divergent trilogy and Unbroken, he never fails to make an impression. Whether you're his number one fan or you still need to get acquainted, it's time to educate yourself about all of the physical symptoms that come along with seeing Jai before he appears on screen in Suicide Squad in August, like shivering, sweating, and other important bodily functions. Just think of us as your very own WebMD.

Sebastian Stan
Help, I Literally Can't Stop Thinking About Sebastian Stan's Arms in This Photo
by Kelsie Gibson 2 weeks ago