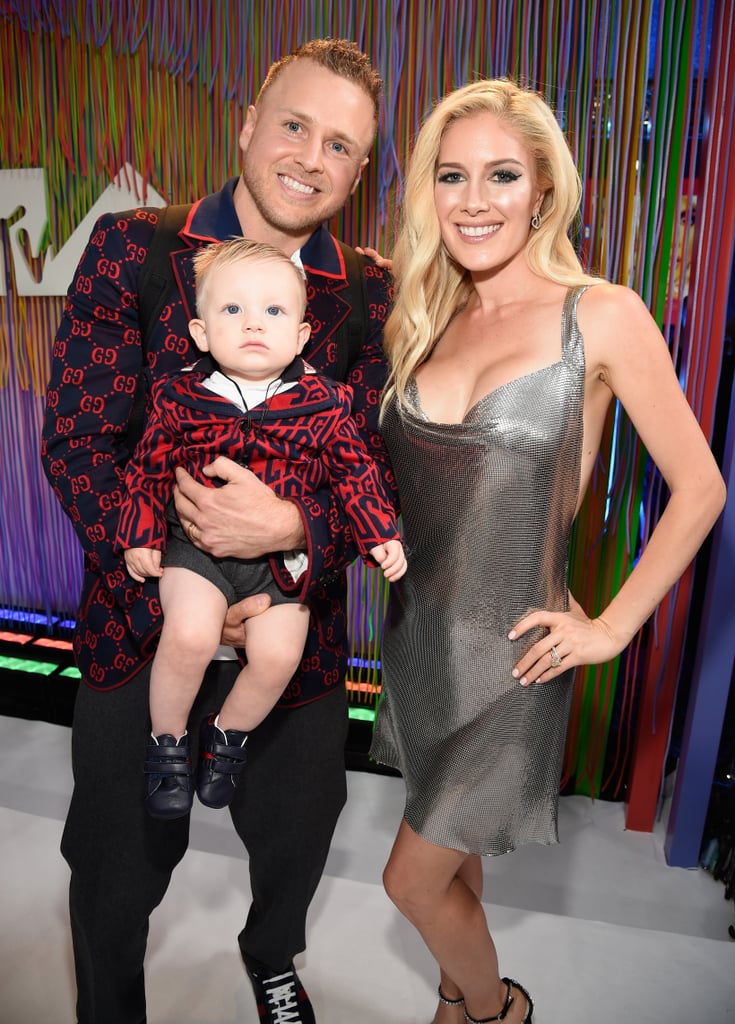 Between all of the gorgeous dresses, talented nominees, and the electric pink-purple carpet, you might not have realized that MTV ensured that the VMAs had one hell of a reality TV show reunion in the works on Monday night. After rumors of a reboot of the network's fan-favorite classic The Hills began swirling, former cast members like Stephanie Pratt, Jason Wahler, Audrina Patridge, and, last but not least, Speidi (aka Spencer Pratt and Heidi Montag, joined by their adorable son, Gunner) hit the carpet at the big event at NYC's Radio City Music Hall. Although there's still no word on whether or not a reboot is actually in the works or any sign of Lauren Conrad, you can scroll through photos of their night out (including a run-in with Ariana Grande and Pete Davidson) ahead.

Related:
The Stars Made a First Impression at the VMAs in These Red Carpet Looks
Previous Next Start Slideshow
MTV VMAsThe HillsAward SeasonReunionsCelebrity Friendships