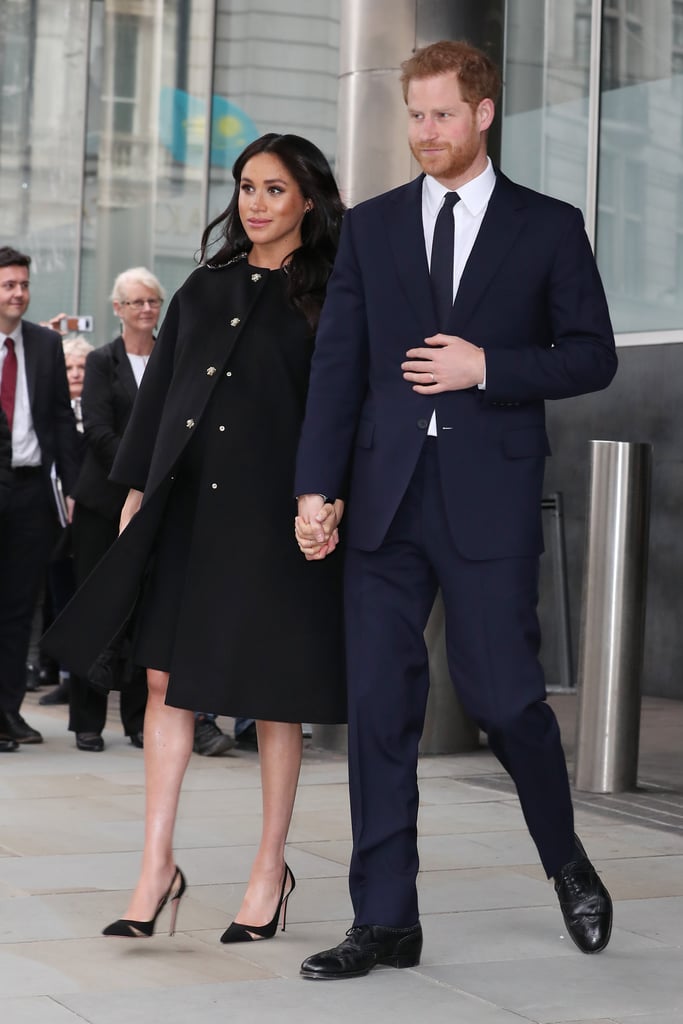 Though the Duchess of Sussex is said to now officially be on maternity leave, Prince Harry and Meghan Markle made an unscheduled appearance on Tuesday, when they visited the High Commission of New Zealand (also known as New Zealand house) in London. The couple made this important visit in order to pay tribute to those who lost their lives in the Christchurch mosque attacks on March 15. They began by laying flowers outside the building, and received a traditional Hongi greeting from High Commissioner Sir Jerry Mateparae and Deputy High Commissioner David Evans, before signing a book of condolences. Meghan reportedly wrote, "Our deepest condolences. We are with you," while Harry signed his name along with the Maori word "Arohanui," a popular way of signing off letters and notes that translates to "with deep affection."

Harry and Meghan's visit was made at the request of Queen Elizabeth II, who chose them as they were the most recent members of the royal family to visit New Zealand. The couple traveled there in November 2018 as part of their royal tour, where they met members of the public and learned more about the culture and history of the country.

Meghan Markle
Meghan Markle on Being "Liberated" From Naysayers: "It's Very Easy to Just Live With Truth"
by Yerin Kim 1 day ago

by Corinne Sullivan 23 hours ago