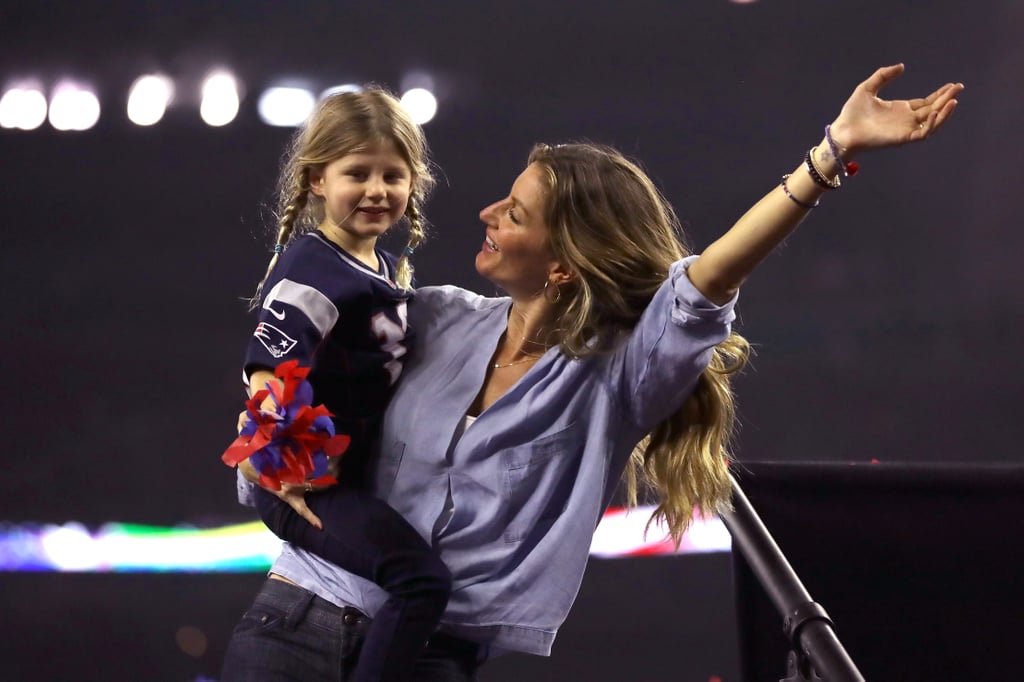 Tom Brady's family was front and center at the Super Bowl on Sunday, and looked more excited that ever to celebrate his big win with the Patriots. Before the big game, Gisele Bündchen shared a precious snap of daughter Vivian at NRG Stadium in Houston wearing a t-shirt with the words "Brady's Little Ladies" on the back. Along with the shot, the former model wrote, "Bom dia! Game day! #superbowl #daddyslittlegirl ✨❤️✨🏈" Shortly after, Gisele followed up her photo with a picture of all the Brady women, including Tom's mom, Galynn, who is suffering an illness. Gisele, Vivian, and son Benjamin joined Tom on the field for the big celebration, and they shared a handful of heartfelt moments. Tom and the rest of the New England Patriots beat the Atlanta Falcons 34-28 after going into the first overtime in Super Bowl history.

Meghan Trainor
Here's What We Know About Meghan Trainor and Daryl Sabara's Son — Plus His Cutest Photos!
by Alessia Santoro 2 days ago