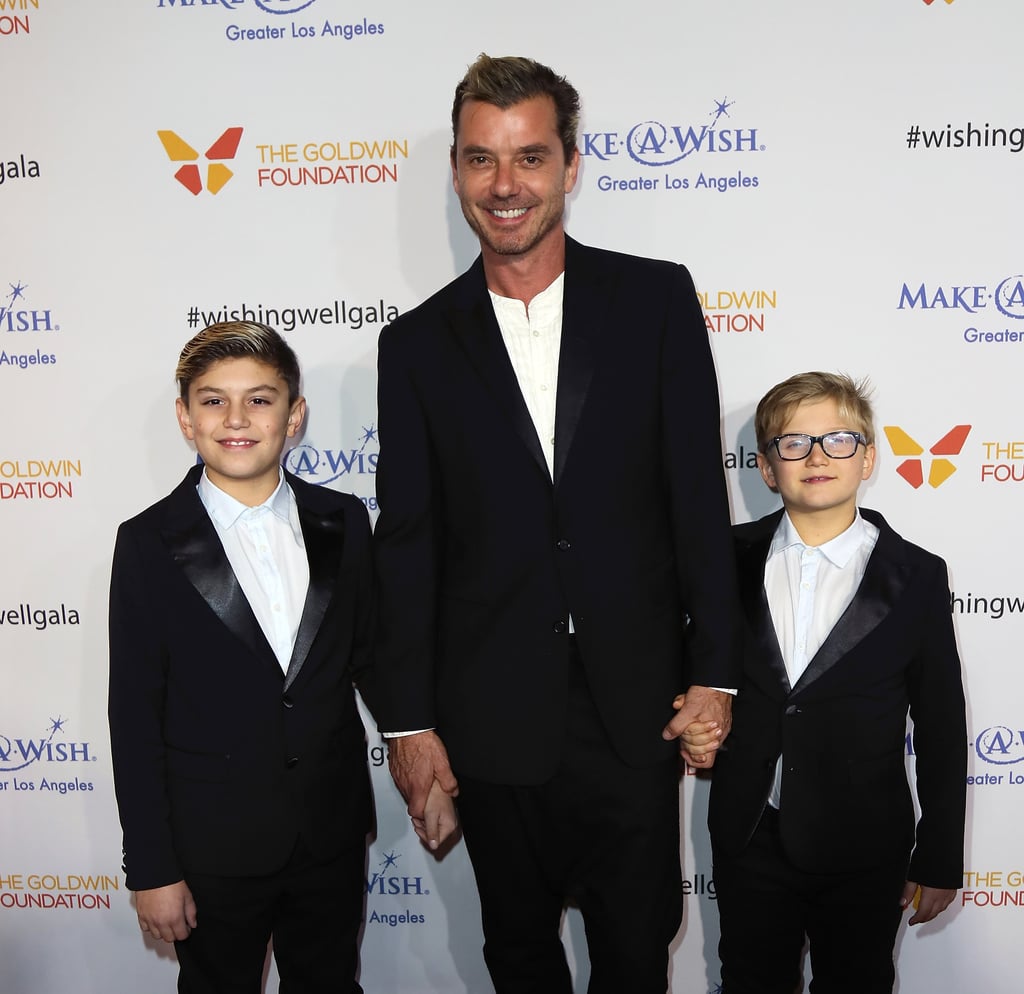 Ever since Gavin Rossdale's split from Gwen Stefani, his wife of 13 years, the Bush lead singer has been keeping a pretty low profile. In October, he told Britain's The Sunday Times that he's ready to move on and that now "it's just thinking about the boys and how to prioritize them. That's the driving force behind everything." He decided to do just that on Wednesday night when he brought two of his three sons — Kingston, 10, and Zuma, 8 — as his dates to the fourth annual Wishing Well Winter Gala event for the Make a Wish foundation. The adorable trio walked the glitzy event's red carpet at the Hollywood Palladium in matching tuxes and light-up POP sneakers, and later on Gavin and his band performed for the attendees. While sadly 2-year-old Apollo is still too little to strut his stuff, we're sure he would've looked just as cute in a tiny tux.

Kate Hudson
Kate Hudson’s Engagement Ring Sparkled at the Met Gala, but Did You Notice Her French Manicure?
by Jessica Harrington 3 days ago