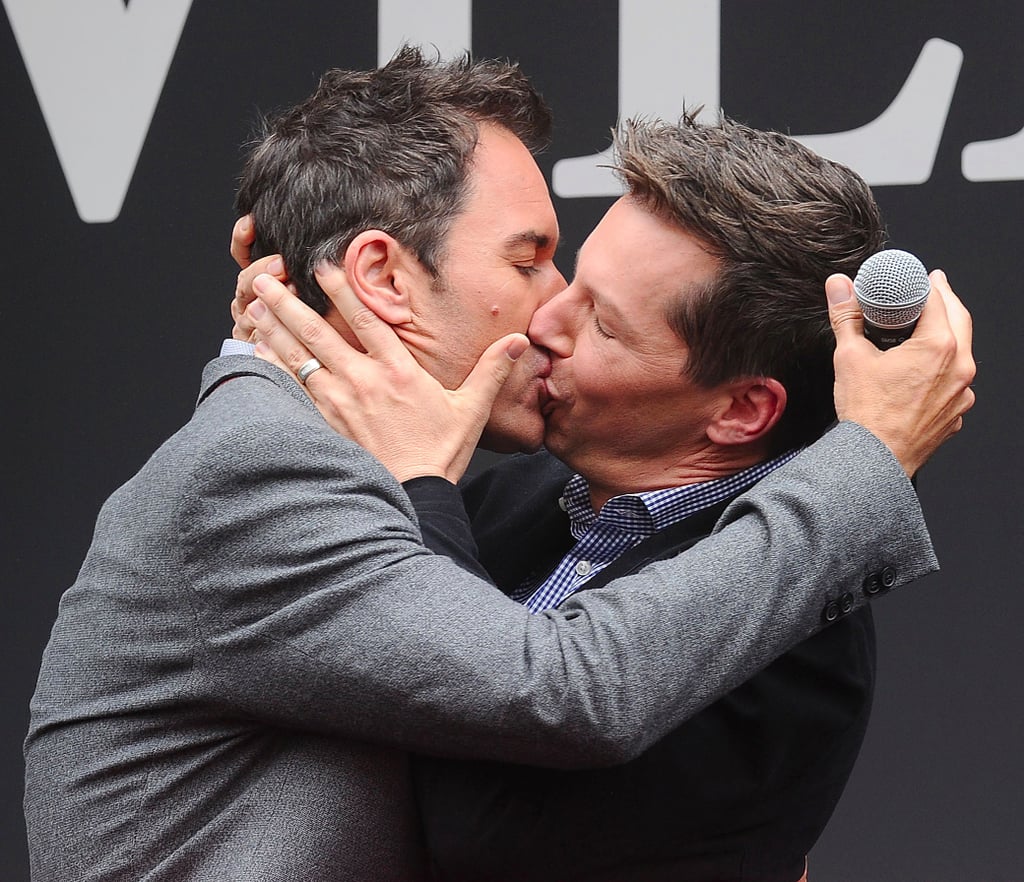 Oh, Honey! This Will & Grace Makeout Session Will Get You So Excited For the Reboot

Honey, what's this? What's happening? Oh, you know, it's just Eric McCormack and Sean Hayes making out. The Will & Grace stars showed off their hilarious affection for each other while attending a ribbon-cutting ceremony for the reboot of their beloved show in LA on Wednesday. The two, who are reprising their iconic roles as Will Truman and Jack McFarland respectively for NBC's limited 10-episode revival, had a great time at the event with costars Debra Messing (Grace Adler) and Megan Mullally (Karen Walker). The reboot doesn't premiere until Sept. 28, so just lose yourself in these photos until then.