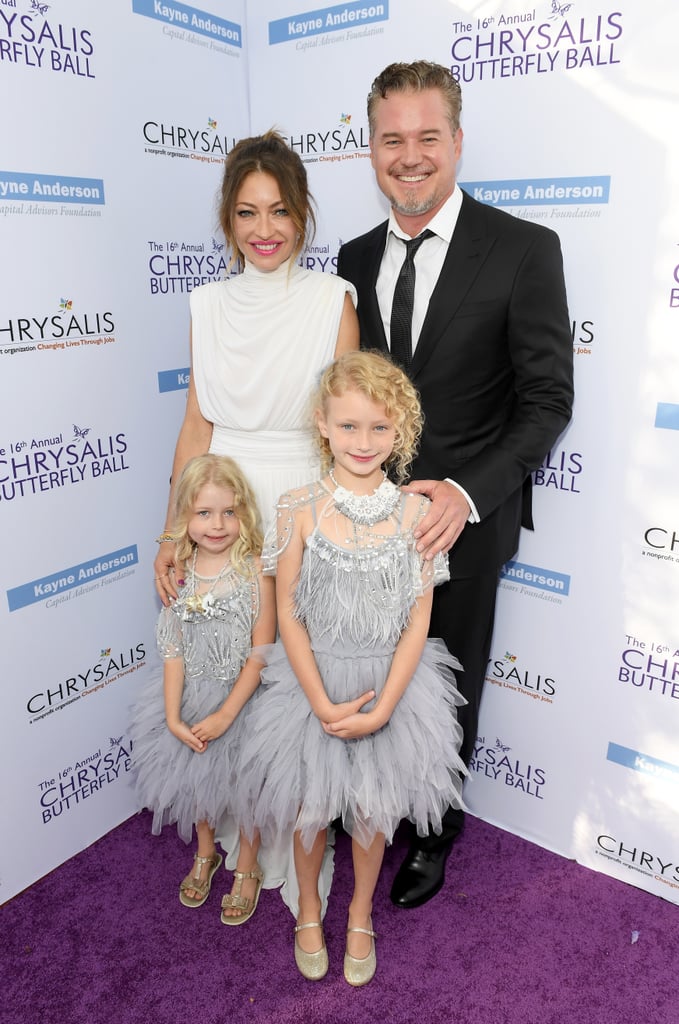 Eric Dane looked happy and healthy when he attended the annual Chrysalis Butterfly Ball in Brentwood, CA, on Saturday night. The Grey's Anatomy alum cut a suave figure in a black suit and was joined by his family, wife Rebecca Gayheart (who cofounded the event) and their two daughters, Billie, 7, and Georgia, 5. The adorable foursome gathered for photos together on the red carpet, and little Billie and Georgia were as cute as can be in their matching outfits. While there, Rebecca also talked about her family's Summer plans, telling E! News, "Daddy's working in town, so we're going to be hanging close, we'll be in Malibu a lot, a lot of local trips visiting family."

The glamorous charity event marked Eric's first public appearance since his rep revealed that production on his hit TNT show, The Last Ship, had been temporarily shut down in May so that he can deal with depression. "Eric asked for a break to deal with personal issues," his rep said. "He suffers from depression and has asked for a few weeks of downtime and the producers kindly granted that request. He looks forward to returning." According to People, The Last Ship will return on Aug. 20 for its fourth season.